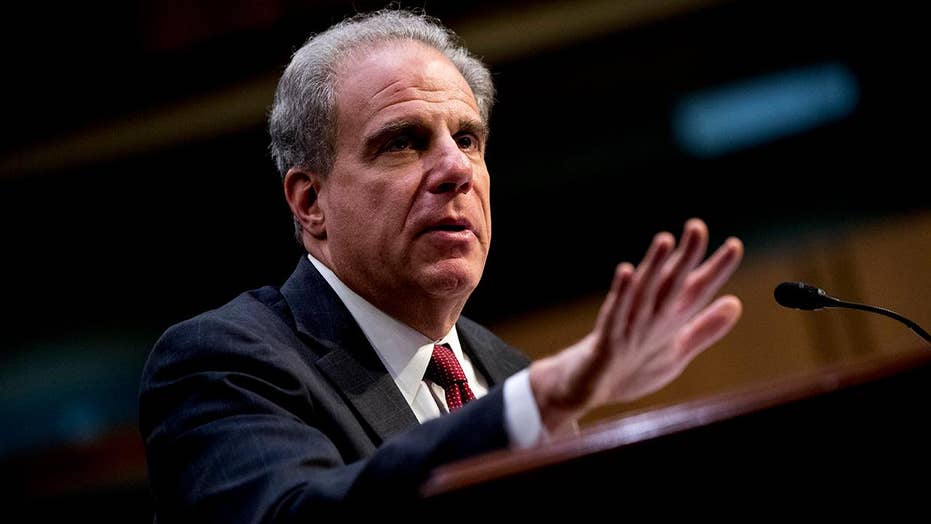 Appearing on "Tucker Carlson Tonight" Tuesday, Hakes agreed with host Tucker Carlson that after the court rebuked the Federal Bureau of Investigations (FBI) for its subversion, "at that point there's really kind of no denying what happened."

Justice Department Inspector General Michael Horowitz rebuked the FBI Wednesday for "failures" during the initial phase of the Russia probe, in his second round of Senate testimony following his extensive report on the investigation's origins and the process used to obtain the Carter Page surveillance warrant. It came just a day after the FISC sharply criticized the FBI in a rare public order that referenced his findings.

The court gave the FBI a January 10 deadline to propose changes to its procedures to prevent future abuses.

"It completely destroys the Democrats' argument that there was anything partisan at all in the complaints that President Trump and [his] supporters and the Republican Party were making early on all the way last year...and even before that talking about this FISA warrant against Carter Page and talking about being spied upon while people are trying to make much of the fact that President Trump said his wires were tapped," said Hakes.

She told Carlson that while it "looks like maybe Trump Tower wasn't actually tapped...you had confidential human sources run by the FBI against three different members of the Trump campaign, including one against whom not a single criminal allegation had been made."

Carlson asked Hakes how an American citizen who has not been credibly accused of a crime could possibly be wiretapped.

"You know, it's a mystery to me," she admitted. "They sent a confidential human source with a recording device of some kind against a 'high-level campaign official' that we still don't know who it is, but we do know that they've admitted that there was no crime alleged against them."

Hakes said that she believes a possible reason their identity remains a secret is to protect them from being accused of something that they didn't do, but that "at this point, it seems to [her] that for full transparency" the person's identity needs to be revealed.

"What...Judge Collyer did today in this FISA order was so significant and so extraordinary," she remarked. "She took the inspector general's conclusions. She called the FBI on the carpet. She labeled what they had done wrong a violation of the court and said that they were not credible in their allegations and that they had to, in a very short order, explain to the court what they were going to do to make sure it never happened again."

Hakes noted that the judge also brought up another "top-secret order" from the FISC that was "promulgated just a week or so ago" and ordered it to be declassified.