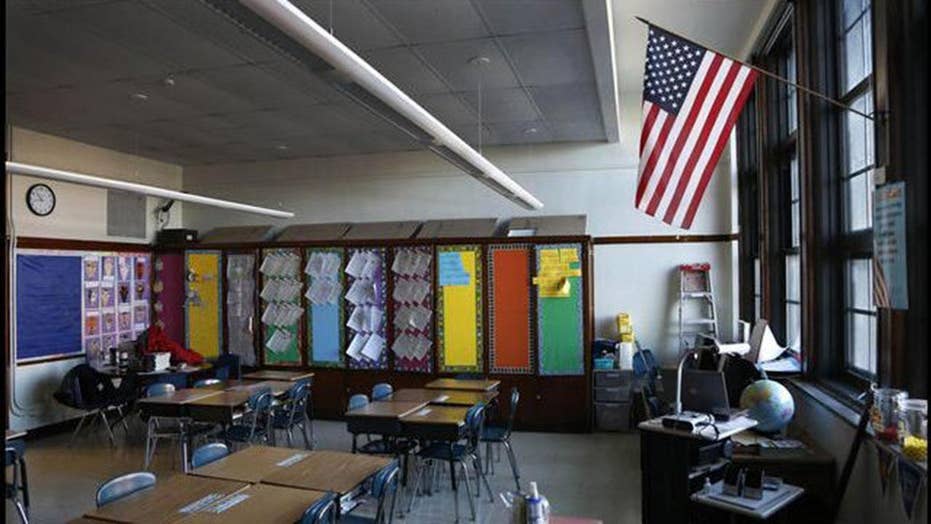 'Standing Up to Goliath' author Rebecca Friedrichs warns lenient suspension policies are a danger to the school environment.

Former school teacher and author Rebecca Friedrichs said on Thursday that California’s new lenient suspension policy is a danger to the school environment.

Friedrichs told “Fox & Friends” that about 70 percent of teachers nationwide are against these lenient suspension policies because they are causing a "dangerous situation" on campuses.

"The elimination of suspension for disruption/defiance will result in an overall reduction in suspensions and an increase in positive outcomes for students and the communities in which they live," said the bill's sponsor, State Sen. Nancy Skinner of Berkeley.

LAHREN: NEW CALIFORNIA BILL WOULD 'MAKE IT HARDER FOR OTHERS TO LIVE, WORK AND LEARN'

Friedrichs, a public school teacher in California for 28 years and author of “Standing Up To Goliath,” sued the California Teachers Association for forcing public employees to financially support labor unions.

“I was always considered the teacher that was given all these discipline problems [students] because my administrator knew I would love those kids and that I would give them really good boundaries and those kids would thrive and grow,” Freidrichs said.

The bill, SB419, also says it will “prohibit the suspension of a pupil enrolled in a school district or charter school in grades 4 and 5 for disrupting school activities or otherwise willfully defying the valid authority of those school personnel engaged in the performance of their duties.”

OPINION: SAN FRANCISCO HAS A NEW DEFINITION OF POLITICAL INSANITY

“The bill, from July 1, 2020, until July 1, 2025, would prohibit the suspension of a pupil enrolled in a school district or charter school in any of grades 6 to 8, inclusive, for those acts."

Friedrichs said that since politicians, the American Civil Liberties Union, and teacher unions have “stuck their noses in, things have been falling apart.”

“What we need to do is put the authority back in the hands of local control," she said. "Teachers and parents working together with administrators doing what’s right for these little kids so they can all thrive."