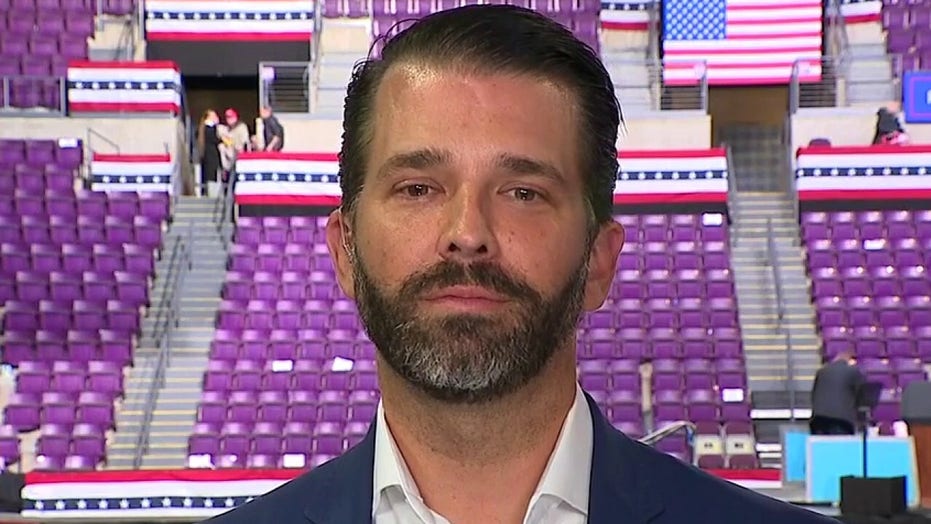 The First Family has been under intense scrutiny ever since President Trump took office, and his eldest son Donald Trump Jr. is no exception.

With an outsized role on the campaign trail, attending rally after rally to boost his father's reelection, and a constant presence on social media, Trump Jr., 42, has been on the front lines of his father's headline-making presidency since day one. In an email interview with Fox News' Media Angle, Trump Jr. discussed his dad's evolving media coverage, the emergence of cancel culture and the impact of social media on politics and society.

MEDIA ANGLE: How has the media coverage of your father changed since he began his term?

The fake news media was devastated when they failed to prevent my father's victory in 2016 over Hillary Clinton. On the day of his Inauguration, it took the Washington Post 19-minutes to publish "The campaign to impeach President Trump has begun." However the change in negative media didn't start the day he began his time in office, it started the moment he announced he was running for office. It was obvious they were out to get him from the get-go, just look at how they twisted his announcement speech. As my dad often says, before he ran for president, the press loved him, but all that changed the second he got into the political arena.

MA: Do you think some networks have opinion hosts masquerading as straight news anchors? If so, who are the worst offenders?

Of course. Take your pick. You go to any network, whether it's cable or broadcast, you have newsrooms in New York, Atlanta, D.C., and Los Angeles crawling with liberal activists. And you have these cable news anchors who knowingly look into the camera each night and lie to their viewers when they claim that they're unbiased arbiters of "truth." Who are some of the worst offenders of this? Brian Stelter and Chuck Todd are the first two who come to mind. Both of them constantly allow their left-wing biases to infect their "reporting" and even worse, do so with unmatched sanctimony and righteous indignation.

MA: How do you think the media would have treated you if you had done what Hunter Biden did for Burisma?

If I had done a fraction of what Hunter Biden has openly admitted to doing, the Democrats would have thrown me in jail. Hunter Biden was paid $83,000 a month by an energy company in Ukraine. He didn't know anything about energy and didn't speak the language. The only thing he had was a daddy who happened to be the vice president of the United States. This same guy flew to China on Air Force Two, took a meeting with the Chinese government, and came back with $1.5 billion -- without ever doing business in the country previously.

The reality is me and my family were international business people before politics, and we have always been damn good at it. With the Bidens, they only became an international business by selling Joe's taxpayer-funded office. It's also pretty telling that the media allowed Hunter and Frank Biden's serial grifting to go on for decades without ever calling it out. When Hunter got put on the board of Amtrak 15 years ago, why wasn't any journalist at the time interested in how someone with his lack of experience got the appointment? If I got appointed to a government-funded board like that, you better believe every journalist in the country would be digging into it nonstop. 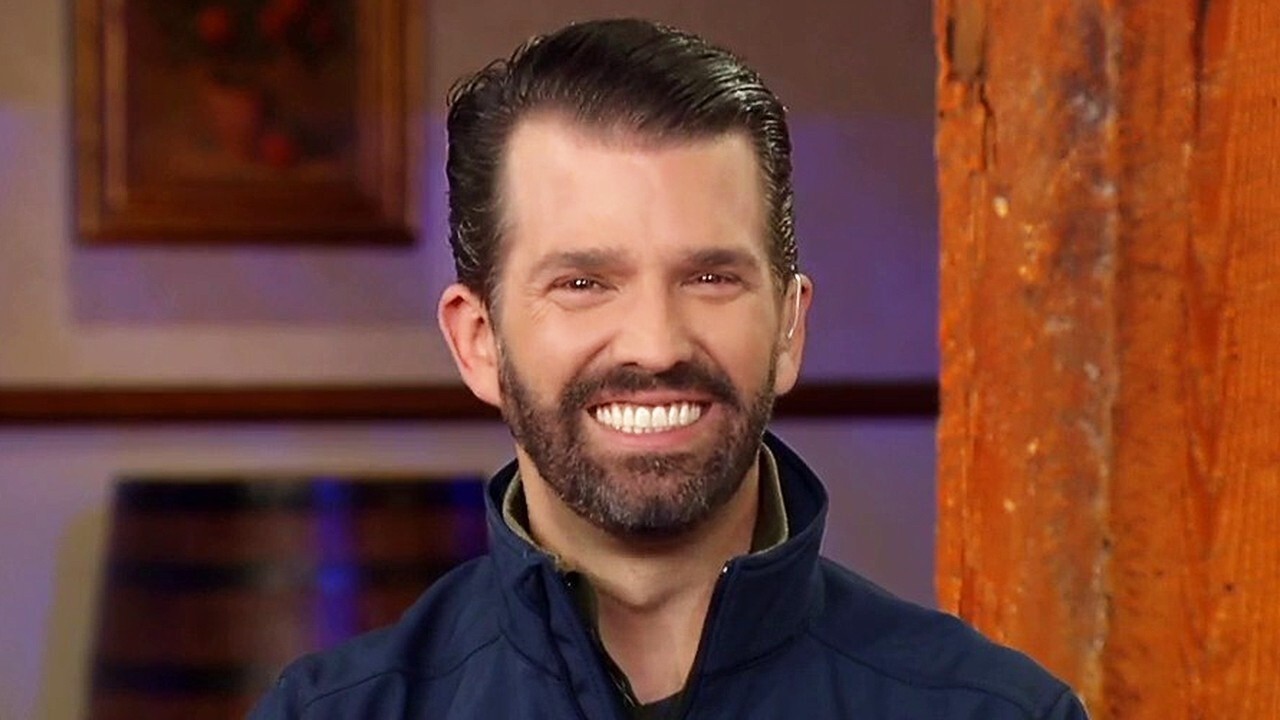 MA: If you entered politics, how do you think the media would cover you, compared to your father?

Well, while I'm not running for office and have no plans to do so, I suppose I'm already in the political arena seeing as I'm on the campaign trail nonstop stumping for my father, as well as other Republicans across the country who support his agenda. So you can see in the media's coverage of me that they're pretty vicious, but the truth is it doesn't bother me one bit. In fact, I kind of enjoy the fight. I think the mainstream media has so discredited themselves over the past few decades and especially over the past four years, that most people outside of the beltway don't take their lies, smears and attacks very seriously at this point. It's actually sad because the American people deserve and expect a free press who they can trust to tell the truth in an unbiased way, but with very few exceptions, that's not what we have today.

MA: How has social media strengthened or weakened political discourse in this country?

It's complicated because we rely so heavily on social media to cut through the bias of the media and get our message out. Unfortunately, I don't know that the people running these companies are any less partisan than the people who are running the news outlets. We have witnessed that truth as Twitter, Facebook, Youtube, etc., have all tried to censor conservatives and control speech. It's an existential problem because social media in its purest form is Democracy's greatest ally. However, if liberal activists are able to shadow ban and secretly place their finger on the scale of free speech, it becomes democracy's greatest threat. 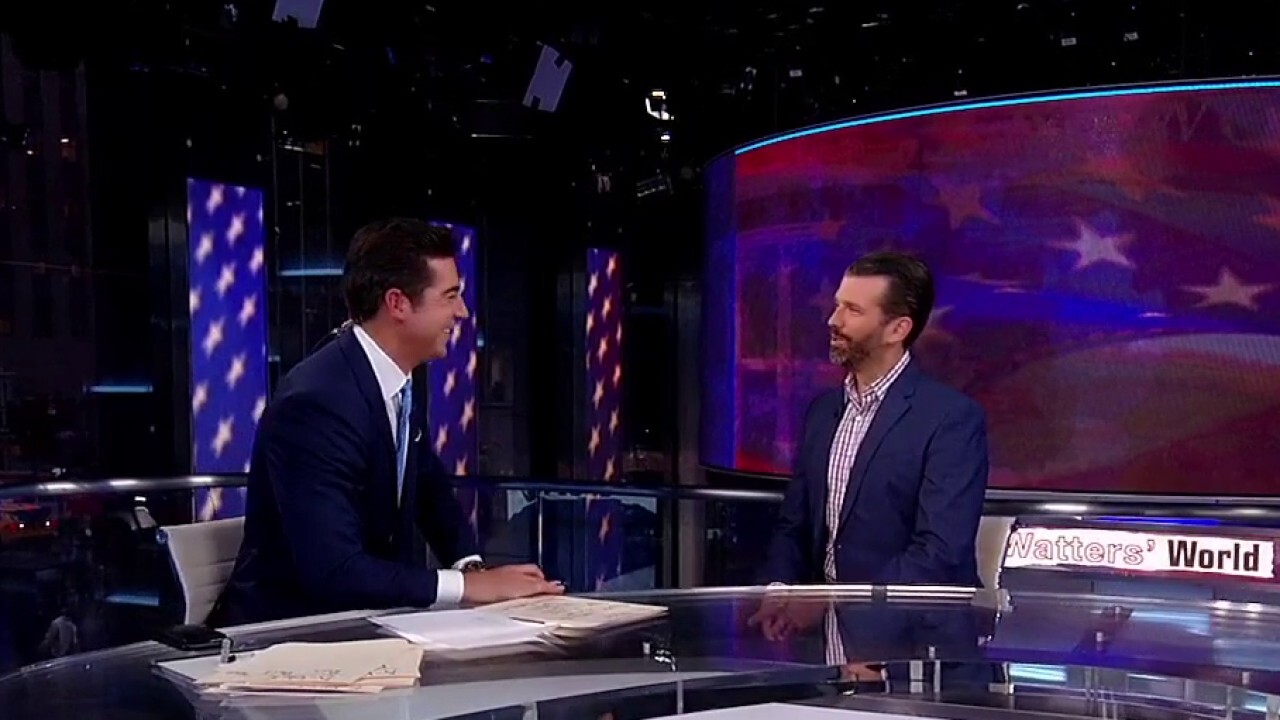 MA: Is cancel culture a bipartisan issue, or is it only a problem on one side of the aisle?

Cancel culture and political correctness are liberal inventions and tactics to intimidate and silence conservatives. If conservatives had our way, cancel culture would be done away with tomorrow. However, since unfortunately, it's something we're being forced to live with, I think it's important for people on the right to not lay down their swords and be willing to call out the hypocrisy of the left when they say or do something that might not be politically correct. They made the rules and even if I personally hate them, they should also have to live by them. It can't just go one way.

Family is everything. I will never forget the moments right before my father came down the escalator in Trump Tower to announce his campaign for president in 2015. We were all crammed into the elevator. There was a calm, steady silence as the floors dinged by. As the elevator reached the lobby, he looked at us and said, "Now we find out who our real friends are." No truer words have ever been spoken.

We got into this thing standing shoulder to shoulder in an elevator, and that's how it will always be. Standing for each other, whether it's the ridiculous attacks on Ivanka or the person spitting in my brother's face, the reality is, we are all in this together. This fight, defending our father, and delivering on the promises has brought our family closer together than ever before.