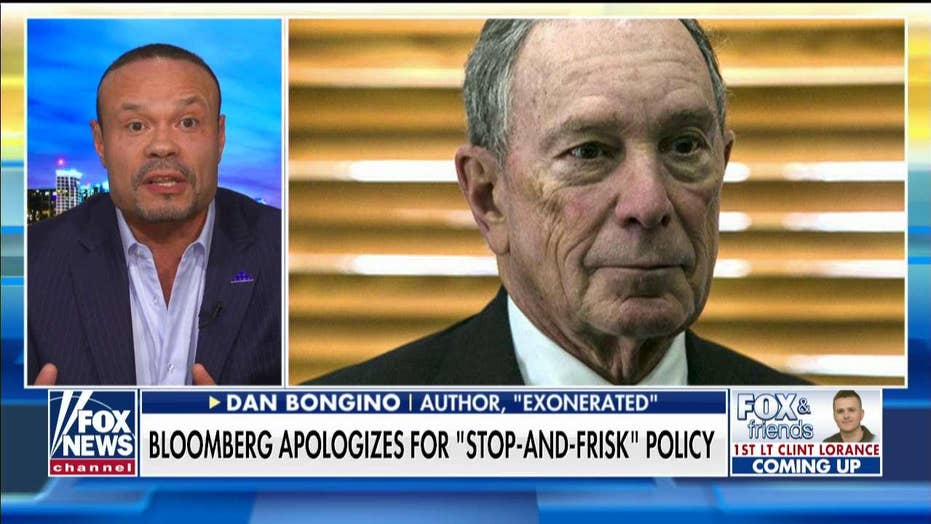 “It looks weak, it looks pathetic and I think it’ll backfire on him,” Bongino told “Fox & Friends" on Monday.

Bloomberg has yet to formally announce whether he will run for president in 2020. However, during remarks over the weekend where he looked to the future before a majority-black church in Brooklyn, he apologized for his controversial “stop and frisk” policy that sowed distrust of police in black and Latino communities during his administration.

That policy, which was later repealed, allowed police to stop individuals on the street and briefly question and frisk them if they had reasonable suspicion that the person may be committing, had committed or is about to commit a crime. During his Sunday speech, Bloomberg recognized that this led to “far too many innocent people” being stopped, many of them black or Latino.

Bongino argued that Bloomberg's reversal was inconsistent with his self-proclaimed “moderate” leftist platform. The stop-and-frisk policy, Bongino said, was a “brilliant strategy to take guns and crime off the street before it happened.”

“A sound constitutional stop-and-frisk is nothing new. They’re [Democrats] typically wrong on everything, but even when they’re right about something, they apologize for it,” he said.

The former three-term mayor defended his intentions, which were to reduce gun violence, but admitted that he made an error in how he went about it, even noting that when he put in safeguards to reduce police stops, crime did not go up.