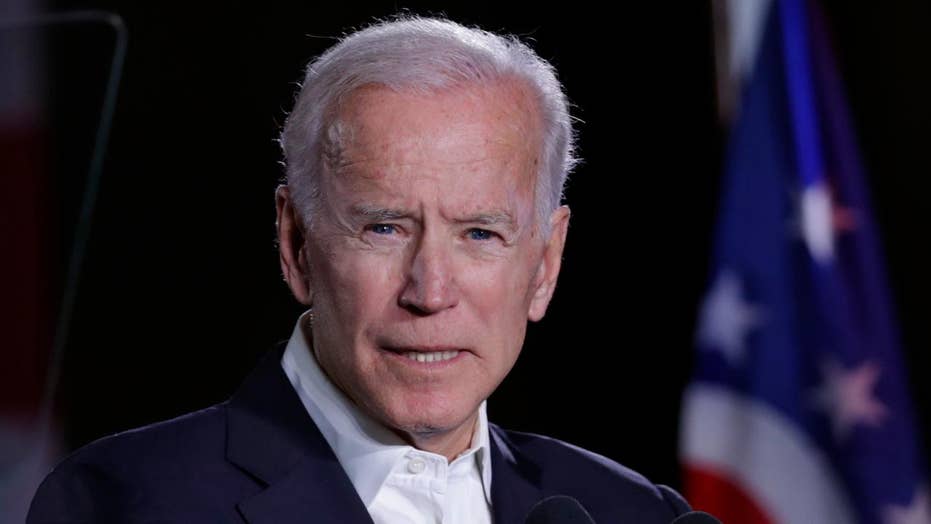 The former vice president's latest blunder took place earlier this month when Biden recalled a military story he claimed to be the "God's truth"at a campaign stop in New Hampshire.

Biden offered an emotional account of his decision to travel to Afghanistan, despite concerns about visiting a war-torn area, in order to honor a Navy captain for retrieving the body of his dead comrade during battle.

According to Biden, he brushed off concerns about the risk of him traveling to the deadly area. “We can lose a vice president,” he said, recounting his words to a crowd during an event on Friday. “We can’t lose many more of these kids. Not a joke.” His story involved the captain dramatically telling Biden he didn't want the medal because his comrade ended up dying.

The Washington Post reported Thursday that the event "never happened," after speaking with a dozen military and campaign sources.

"It appears as though the former vice president has jumbled elements of at least three actual events into one story," The Post's Matt Viser and Greg Jaffe wrote. "In the space of three minutes, Biden got the time period, the location, the heroic act, the type of medal, the military branch and the rank of the recipient wrong, as well as his own role in the ceremony,"

When asked about Biden's remarks during a panel discussion, Begala pointed to the 1944 war film "Wing and a Prayer."

"In that movie, there's a scene where a B-17 bomber pilot is going down, the plane's going down, and there's a wounded crewmate, crewmate can't escape. The pilot reaches over and takes his hand and says, 'Never mind son, we'll ride this down together.' That pilot won a Congressional Medal of Honor. ... Now that's baloney. That's a movie." Begala said.

"Ronald Reagan told that story word for word to a room full of Congressional Medal of Honor recipients and we loved him."

"He was asked about it later. He said, 'Well, I may have seen the movie,' I might have seen it in Reader's Digest'... and then he said, 'Maybe I've seen too many war movies, the heroics of which I sometimes confuse with real life.'

"Well maybe Biden has seen too much real-life heroics and he's conflating and confusing them."

The former Clinton aide clarified that he isn't "for or against" Biden's candidacy, but urged the former VP to "embrace it"  since he had frequently visited Afghanistan and dismissed the notion that it's a big deal.

"This is like Reagan, not like Trump," Begala told CNN's Dana Bash, later adding that it's "fine by me" if Biden mixes up facts in comparison to Trump.