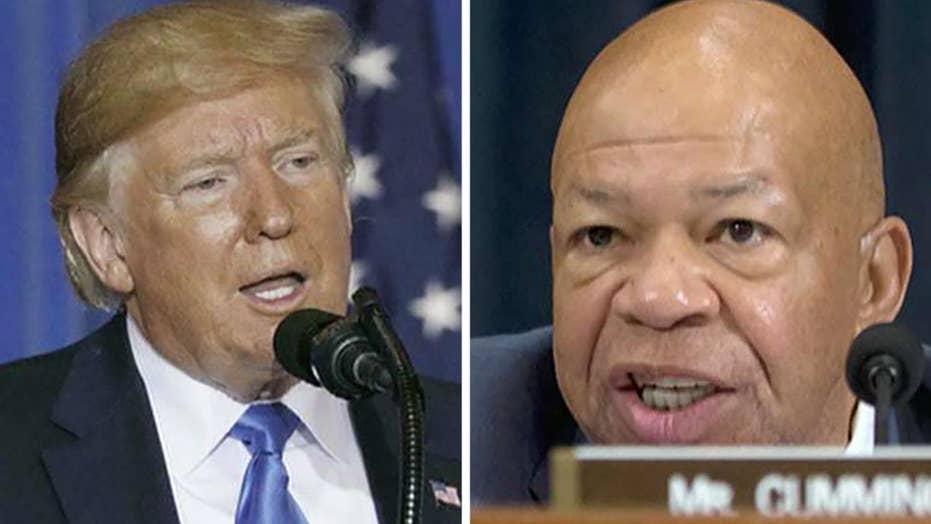 CNN contributor Joe Lockhart declared over the weekend that all President Trump’s supporters, and anyone who votes for him, is racist.

“Anyone who supports a racist or a racist strategy is a racist themselves. 2020 is a moment or reckoning for America. Vote for @realDonaldTrump and you are a racist,” Lockhart tweeted on Saturday. “Don’t hide it like a coward. Wear that racist badge proudly and see how it feels.”

Lockhart, who was once former President Bill Clinton’s press secretary and is currently in Detroit to contribute to CNN’s Democratic debate buildup, was responding to Trump’s weekend Twitter attack on Rep. Elijah Cummings, D-Md., and his congressional district in Baltimore.

Trump on Saturday branded Cummings a “brutal bully” for his treatment of border patrol officials at committee hearings -- and described Cumming’s district as “far worse and more dangerous” than the southern border.

The CNN contributor’s tweet was hit with an onslaught of criticism but Lockhart doubled down after backlash, tweeting on Sunday night that he still feels anyone who supports the president is a racist.

“At the end of the day and after hearing from so many Trump supporters, my opinion hasn’t changed. Trump is signaling he’s going to run a race based campaign and if you’re with him you’re just like him,” Lockhart wrote.