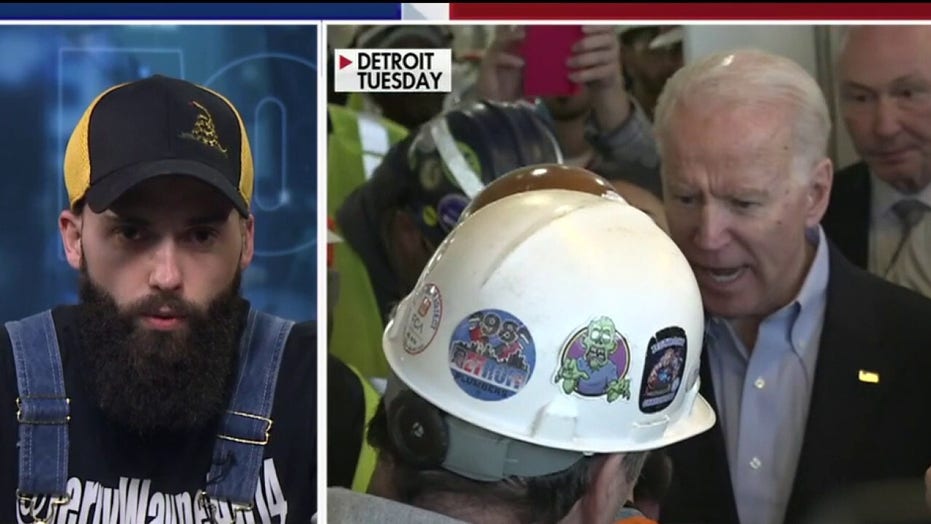 An analysis piece published by CNN on Tuesday argues that former Vice President Joe Biden's heated argument with a worker at a Detroit auto plant was "probably a good thing" for the 2020 front-runner, sparking a big response online.

Hours before polls closed in Michigan, Biden raised eyebrows after having a fiery exchange with Jerry Wayne over the candidate's stance on gun rights. Along with profanity, the former vice president also threatened to "slap" him.

Despite it becoming a controversy on social media, CNN editor-at-large Chris Cillizza suggested it wasn't the "bad moment" the Trump campaign framed it as on Twitter.

"This was a bad moment -- in the mind of the Trump team -- for Biden. I'm not so sure," Cillizza wrote. "It's hard to see how Biden getting in a shouting match with a guy saying that Biden wants to take away peoples' guns (fact check: not true) and using a few expletives to make his point is a negative (if it has any impact at all) for him."

"Yes, this is a huge double standard. When Trump tells people where they can stick it, his fans say he's being tough and standing up for America. When Biden does the same, he's unhinged," Cillizza explained. "Look. I'm not sure this one incident changes many- or any- voters' minds. But to the extent it does have an impact, it's hard for me to see this as anything but good for Biden as he seeks to put away Sanders in the primary and pivot to taking on Trump in the general."

Critics slammed the "analysis" piece, accusing it of being "spin" for the Biden campaign.

"CNN, MSNBC, & other corporate media outlets are racing to spin Biden threatening to attack a #Michigan union worker as a brilliant move. IF anyone else did this the headlines would say CAMPAIGN MELTDOWN," former 2016 Green Party Candidate Dr. Jill Stein reacted.

"MEMO TO STAFF PUT POSITIVE SPIN ON EVERY DUMB THING THIS GUY DOES WE WILL DRAG HIM ACROSS THE FINISH LINE," National Review's critic-at-large Kyle Smith similarly said.

Still, many other media figures said they thought Biden's confrontation was a "good" moment. His colleague, CNN commentator Ana Navaro-Cárdenas, tweeted, "I love it." The Atlantic's David Frum called Biden "terrific" and "impressive."

"When I saw that moment, I thought this is going to be a net plus for Joe Biden," ABC News chief political analyst Matthew Dowd said. "One of the things that we learned through the Donald Trump election is, voters are sick of the typical political speak... Voters want somebody that they can trust and is genuine and has believability."

Many progressives and supporters of Sen. Bernie Sanders I-Vt., sounded the alarm on social media Tuesday, claiming Biden's dust-up with the factory worker marked the latest sign of his "cognitive decline."

"TODAY BIDEN THREATENED TO SLAP A VOTER IN THE FACE," Goody Weaver repeatedly said in reaction to the viral clips, later adding the hashtag "BidenHasDementia."

"I was caregiver for my grandfather from dementia diagnosis to hospice to death from cognitive decline. Short temper & becoming combative at any challenge were symptoms doctors warned us of & we certainly experienced. #BidensCognitiveDecline is no joke, folks," Michael Salamone similarly tweeted.