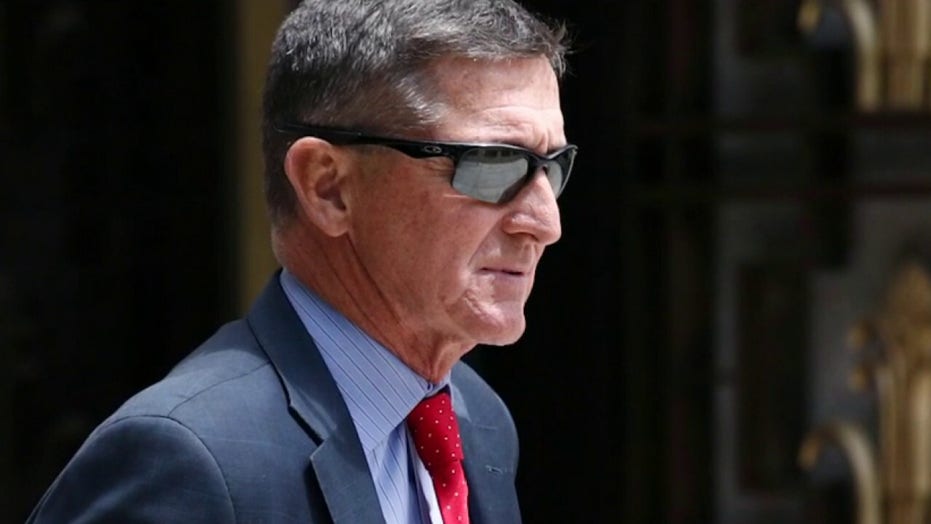 The documents included handwritten notes by former FBI head of counterintelligence Bill Priestap after a meeting with then-FBI Director James Comey and then-FBI Deputy Director Andrew McCabe. The notes suggested that agents discussed the possibility of getting Flynn "to admit to breaking the Logan Act" when he spoke to then-Russian Ambassador to the U.S. Sergey Kislyak during the presidential transition period.

Hurt repeated that investigators were "openly opining about whether or not they would use [the Logan Act of 1799] to trap him into a lie."

TRUMP SPEAKS ON WHETHER GEN. FLYNN SHOULD RETURN TO WH

"So, in other words, it begins to smell like maybe what they were doing is they were going after a political adversary in hopes of punishing him and in fact, that's exactly what ended up happening," Hurt went on.

"That's not what the FBI [or] Department of Justice is there for. It's not there to ruin people's lives. It's there to prosecute charges and to protect national security and that seems to be nowhere in their list of objectives there."

Later in the "All-Star Panel" segment USA Today Washington Bureau Chief Susan Page said that it is "hard to imagine" a situation where Flynn does not get a pardon from President Trump once his case is disposed of.

"I don't know that General Flynn can argue that he's been totally exonerated," Page said, "but these handwritten notes do reinforce the argument and the perception that they were out to get him one way or another."