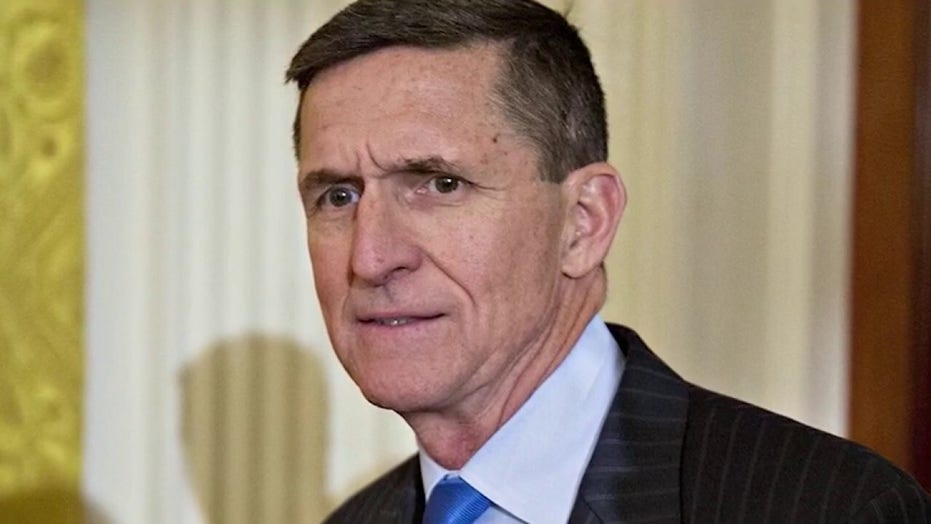 More documents released showed 20 days before Gen. Flynn's FBI interview 'no derogatory information' was reported back to the FBI about Flynn from a broader investigation into alleged Russian collusion; David Spunt reports.

President Trump said Thursday he would “certainly consider” bringing retired Lt. Gen. Michael Flynn back into his administration, adding he believes his former national security adviser will be “fully exonerated” in light of new evidence in the federal case against him.

“It looks to me like Flynn would be fully exonerated based on everything I see. I’m not a judge but I have a different type of power,” Trump said while taking questions at an address on protecting America’s seniors amid coronavirus.

“I don’t think I would have to use that power,” Trump said when asked if he would consider pardoning Flynn. “Hopefully we won’t have to get there.”

In late 2017, Flynn pleaded guilty to making false statements to Strzok and another agent during that White House interview. But he has yet to be sentenced, as his team has sought to withdraw his guilty plea, citing "egregious" FBI misconduct. 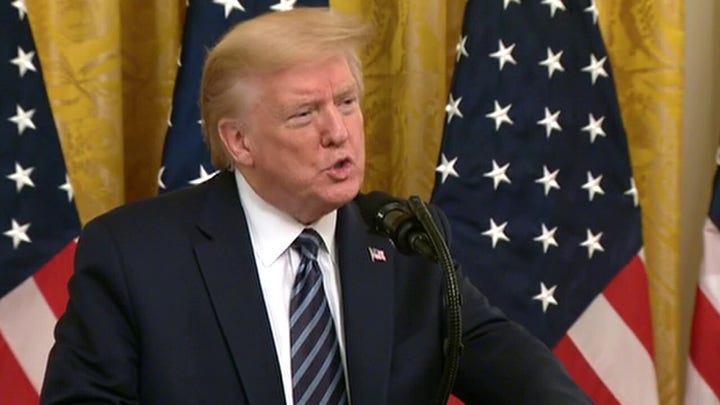 The president on Thursday said he would “certainly consider” bringing Flynn back into his administration. “He’s a fine man,” he added. “Yeah, I would.” Trump declined to say in what capacity he might bring Flynn back, adding he hadn’t given much thought to the matter, but pointed to new evidence in the Flynn case revealed this week.

During the White House event, which was centered around the coronavirus pandemic, Trump announced that he was designating the month of May as Older Americans Month.

"I don't know if I'm in that category. I have a feeling I am. But I feel good,” Trump said.

He called nursing homes a “weak spot” in the U.S. coronavirus response and outlined a plan to provide them with more PPE and at-home coronavirus testing and ensure more transparency in their containment strategies. “I guess you could call it a little bit of a weak spot, because things are happening at the nursing homes, and we're not happy about that. We don't want it to happen."

As for the Flynn matter, more internal FBI documents unsealed Thursday indicate that Peter Strzok -- the now-disgraced anti-Trump former head of FBI counterintelligence -- ordered the investigation of former national security adviser Flynn to remain open even after it was slated to be closed due to a lack of so-called "derogatory" information. 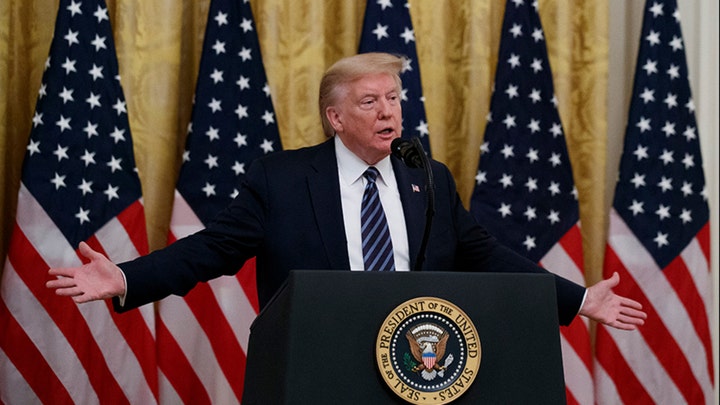 Those handwritten notes -- written by the FBI's former head of counterintelligence Bill Priestap, Fox News is told -- suggested that agents planned in the alternative to get Flynn "to admit to breaking the Logan Act" when he spoke to then-Russian Ambassador Sergey Kislyak during the presidential transition period. The Logan Act has never been used in a criminal prosecution and has a questionable constitutional status; it was enacted in 1799 in an era before telephones, and was intended to prevent individuals from falsely claiming to represent the United States government abroad.

"If we get him to admit to breaking the Logan Act, give facts to DOJ + have them decide," another note read.

Trump announced last month, before the internal documents were released, that he was “strongly considering” pardoning his former national security adviser.

“What happened to General Michael Flynn, a war hero, should never be allowed to happen to a citizen of the United States again!” Trump tweeted earlier Thursday.

"The president has made clear for three years that Michael Flynn was treated very unfairly, now we know it was probably criminal what was done to him,” Conway said Thursday on "Fox & Friends."

"This man was set up from the beginning. He probably thought they were coming in to be helpful since we had only been on the job four days," Conway added.