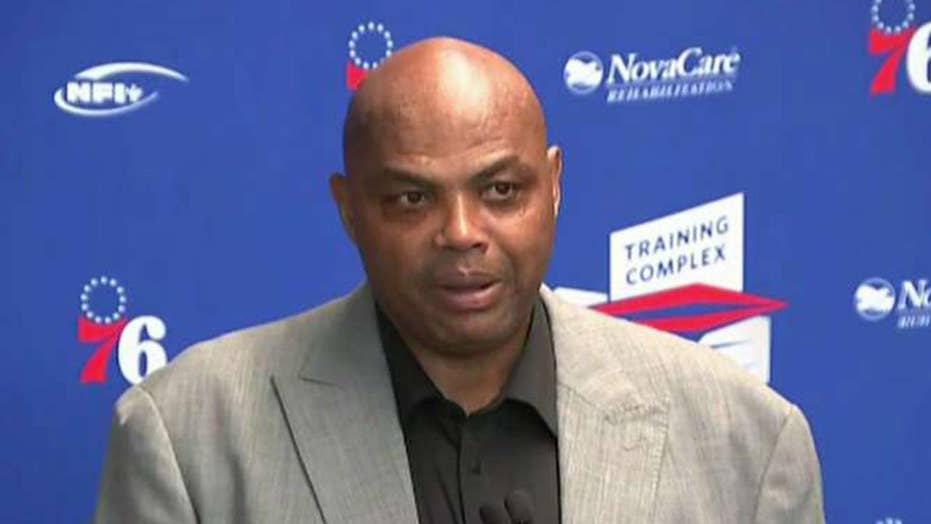 Should Charles Barkley be supporting Pence instead of slamming him?

NBA legend and TNT analyst Charles Barkley urged lawmakers to enact police reform but rebuffed calls to defund police that have emerged as a rallying cry from thousands of protesters, politicians, and community leaders across the country.

Calls to “defund police,” along with criticism of police unions, have arisen in the wake of George Floyd's tragic death in police custody. The outspoken Barkley feels America needs police reform, but stopped short of more extreme alternatives.

“We need the cops, most of the cops do a fantastic job, but instead of defunding and all this other stuff, let’s just do police reform. Everybody should be on board for that whether you’re a Democrat, Republican, conservative or liberal,” Barkley said Tuesday on CNN.

Barkley called Floyd’s killing a “disgrace” that should concern everyone in America regardless of race.

“This is not black or white, this is just about humanity,” Barkley said. “To see a grown man die before our eyes. If you’re not upset by that if you’re white, Jewish, Chinese, anything, there is something wrong with you.”

He mocked both Republicans and Democrats as “clowns” for failing to have impactful conversations about police reform, noting he isn’t hopeful that anything gets accomplished.

“The Democrats and the Republicans can’t even talk about police reform,” he said. “That’s the number one thing they should do before they do anything else.”

Some defunding advocates say taxpayer dollars could be better used in community projects that address social inequalities and better the lives of residents and minority groups. They question whether a potent police presence makes the lives of locals any safer, and call for funds to be diverted to bolstering schools, hospitals and violence/homelessness prevention programs.