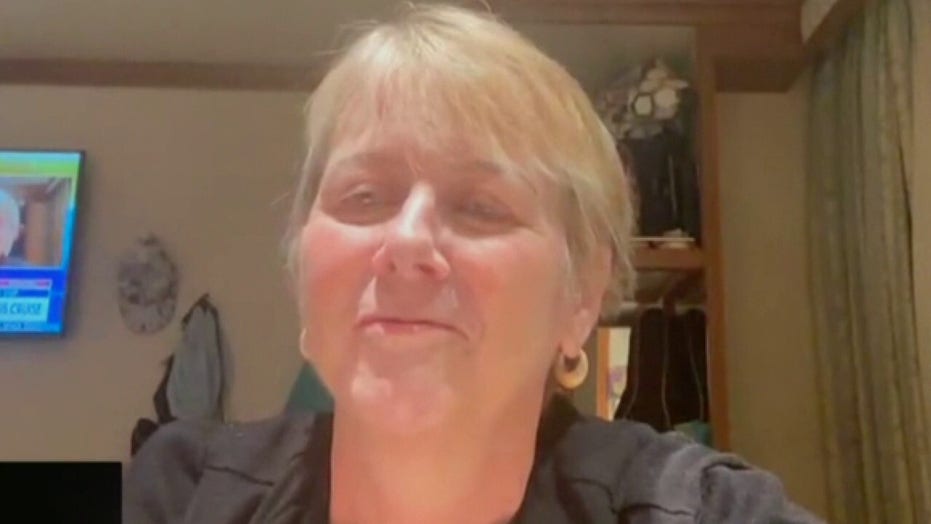 Speaking on “Fox & Friends Weekend” on Sunday Kari Kolstoe, a passenger quarantined aboard the Grand Princess cruise ship with stage 4 cancer said, “I really feel like I need to be off the ship.”

Kolstoe of North Dakota, 60, fears she may miss her next round of chemotherapy if she's forced to stay on the quarantined boat, which is currently stationed off the coast of California and carrying more than 3,500 people from more than 50 countries.

“I'm in a lot of pain. I need to get back for treatment,” she said on Sunday, adding that the cruise was planned years ago.

“The doctor said I could go and obviously in hindsight, it didn't work out so well, but we thought we were safe and taking everybody's best advice,” she continued. “So now [I'm] trying to get off this floating petri dish.”

Kolstoe and her husband Paul, 61, said they booked the cruise to help ease the stress of her medical treatments, according to Reuters. Her chemo is supposed to begin again on Monday, but it's unclear if she will be released in time to make it to the hospital. On Sunday, the Grand Princess was heading to the port of Oakland, Calif., though it is expected that passengers will likely stay aboard the ship for at least another day, according to the Grand Princess Capt. John Smith. 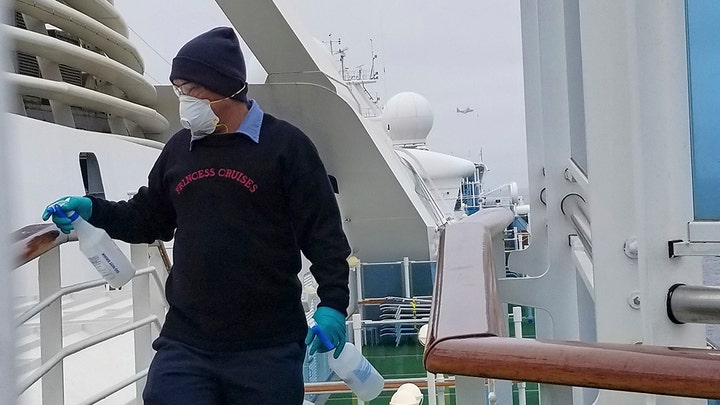 Smith said passengers who need medical treatment or hospitalization will go to health care facilities in California, while state residents who don’t require acute medical care “will go to a federally operated isolation facility within California for testing and isolation.”

Kolstoe said on Sunday that she has not communicated with the health department, but has been in touch with the state medical director in North Dakota.

“They got a plan, if I can get to North Dakota, how to get services at a cancer center with other sick patients,” she said, adding that “getting there is the problem.”

She said she needs both radiation and chemotherapy “and the radiation is imperative.”

At least 21 people aboard the ship, including 19 crew members, have tested positive for the virus, Vice President Mike Pence said Friday. The ship was heading from Hawaii to San Francisco when it was held off the California coast Wednesday so people with symptoms could be tested for the virus.

Kolstoe said on Sunday that she has heard “nothing specific” about potentially being able to get off the ship on Sunday, but added that on Saturday night “we got our first little bit of good news that the process will start today sometime.”

“The captain last night, when we heard that it will start today, he made it sound like we're docking today and then obviously acute patients who are already in trouble will be taken right to medical facilities,” she said. “Right now I'm not showing symptoms. I understand I’ll have to be tested, but we got to figure out some way for me to get treatment.”

She added, “President Trump and Vice President Pence and my senator Kevin Cramer from North Dakota are moving mountains really.” 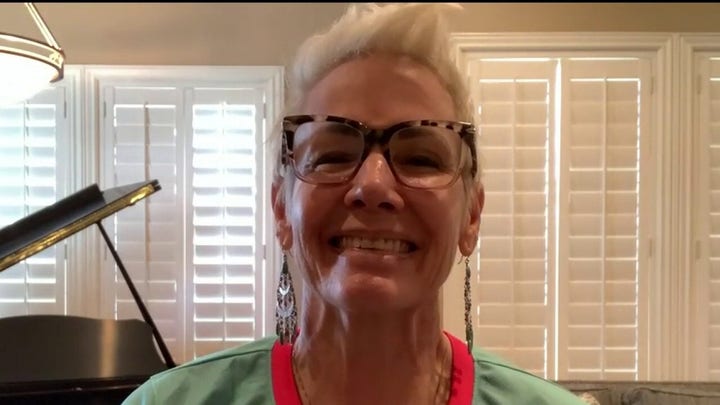 Kolstoe went on to say that she’s not “trying to look on the downside, but I had kind of given up hope that anything would happen this weekend.”

On Saturday, cruise officials disclosed how they think the outbreak started. Grant Tarling, chief medical officer for Carnival Corporation, said it’s believed a 71-year-old Northern California man who later died of the virus was probably sick when he boarded the ship for a Feb. 11 cruise to Mexico.

Kolstoe said she hasn’t “laid eyes on another person” since Tuesday.

“We're all in this together in these little gerbil-sized rooms,” she said.

Kolstoe added, “The crew is doing everything possible. They're working under terrible conditions, having to deliver everything.”

She said a man with masks and gloves comes to their door and knocks to drop off food.