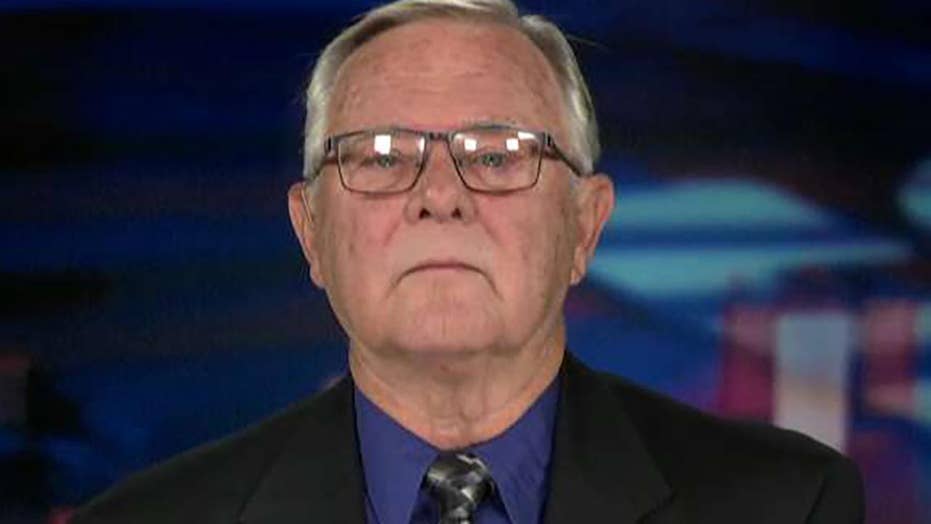 After a sixth man was convicted in Border Patrol agent Brian Terry's murder and sentenced to life in prison, the slain man's uncle Ralph Terry appeared on “Fox & Friends” to praise President Trump for speeding the overdue case.

“It took Brian about three or four minutes to die after being shot and it has taken the government over nine years to bring this justice on the criminal side … and we’re still waiting for the seventh person,” Terry said.

“After Trump became president, he gave us more information in the first few months of his presidency than we had from the Obama administration in years,” he added.

Heraclio Osorio-Arellanes, who was convicted of first-degree murder and other charges last year following his extradition from Mexico in 2018, was given the life sentence on Wednesday after U.S. District Judge David Bury heard tearful statement’s from Terry’s sisters. Osorio-Arellanes is one of seven defendants charged in Terry's 2010 slaying in Arizona.

The agent's death exposed Operation Fast and Furious, a Bureau of Alcohol, Tobacco, Firearms and Explosives (ATF) operation in which the federal government allowed criminals to buy guns in Phoenix-area shops with the intention of tracking them once they made their way into Mexico.

The Obama administration was heavily criticized for the operation. Former Attorney General Eric Holder also was held in contempt by Congress for refusing to turn over documents related to the sting.

“We learned that there was a coverup, we couldn’t learn much at all about the coverup from the Obama administration,” Terry said.

Five of the seven men charged in Terry's killing are serving prison sentences after pleading guilty or being convicted. Only one, Jesus Rosario Favela-Astorga, has not been extradited or tried after being arrested in October 2017.