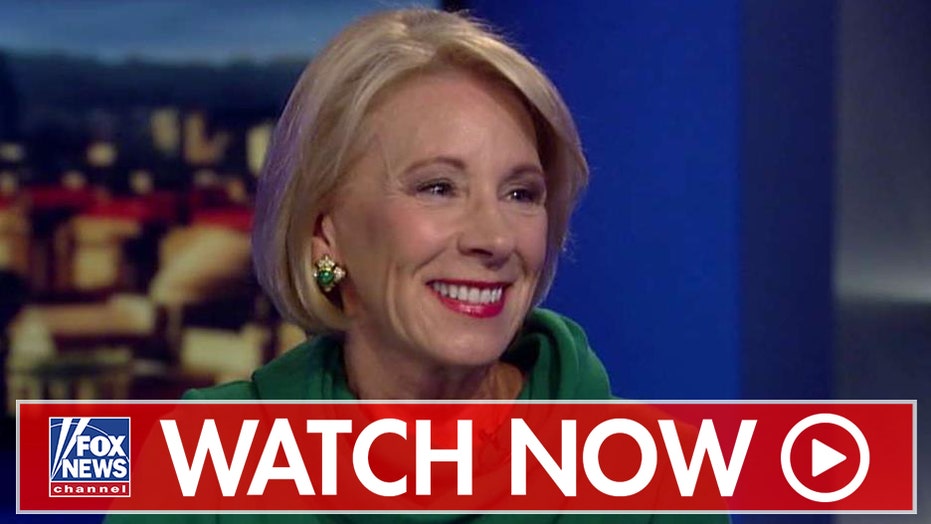 DeVos appeared on "Special Report" on Friday and said if the federal government forgives college loan debt, the burden would be shifted to those Americans who opted not to go to college.

"Their proposals are crazy," she said, saying some could cost into the trillions of dollars.

"Who do they think is actually going to pay for these? It's going to be two of the three Americans that aren't going to college paying for the one out of three that do," DeVos said. "Let's look at this for what it really is: A federal takeover of higher education." 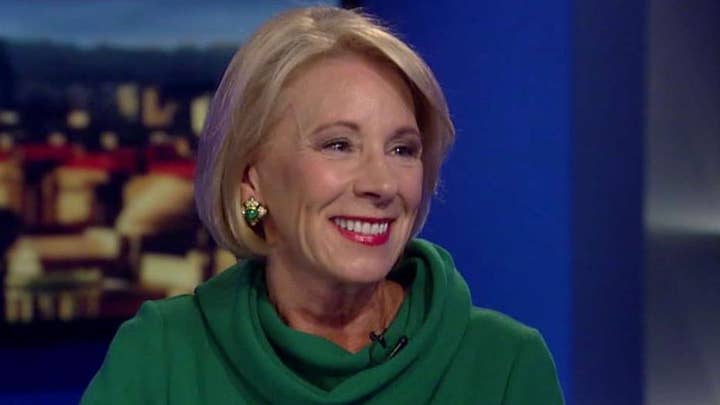 On the Democratic primary ballot, Sen. Bernie Sanders, I-Vt., released a plan in June that calls for all student debt to be eliminated regardless of family income level, and that students from families with incomes of $25,000 or less would have their college costs covered.

The plan would be paid for with a tax on stock trades, bonds, derivatives and other types of investments. The Vermont lawmaker called the plan "a revolutionary proposal." 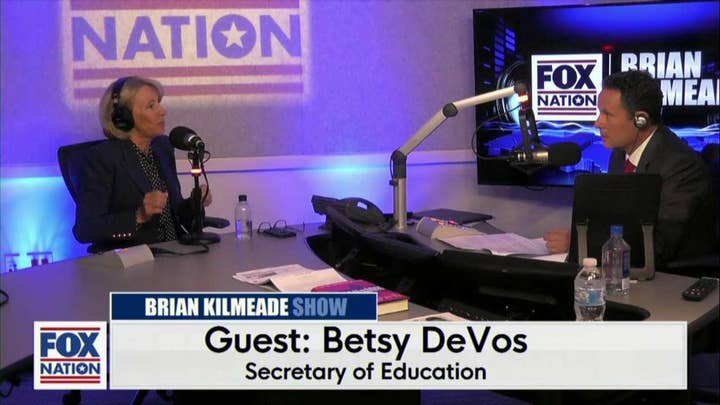 On "Special Report," DeVos, 61, said fixing the American education system is the most important issue for the nation's future.

"We are not preparing students today," said claimed. "We need to see education in the future being really engaging, personal, relevant -- and every student able to achieve their fullest potential."

DeVos said American education scores are nowhere near those of other nations.

"Two out of three eighth-graders can't read or write at their grade level," she said.

DeVos also rejected a claim by Randi Weingarten of the American Federation of Teachers, who claimed President Trump is not properly supporting the public education system.

DeVos said people can't do "the same thing over and over again and [be] expecting different results."

"The pivot that we need to make is a dramatic one," she said. "It is to really allow for education freedom -- for parents and students to find the right fit to prepare them for their futures."