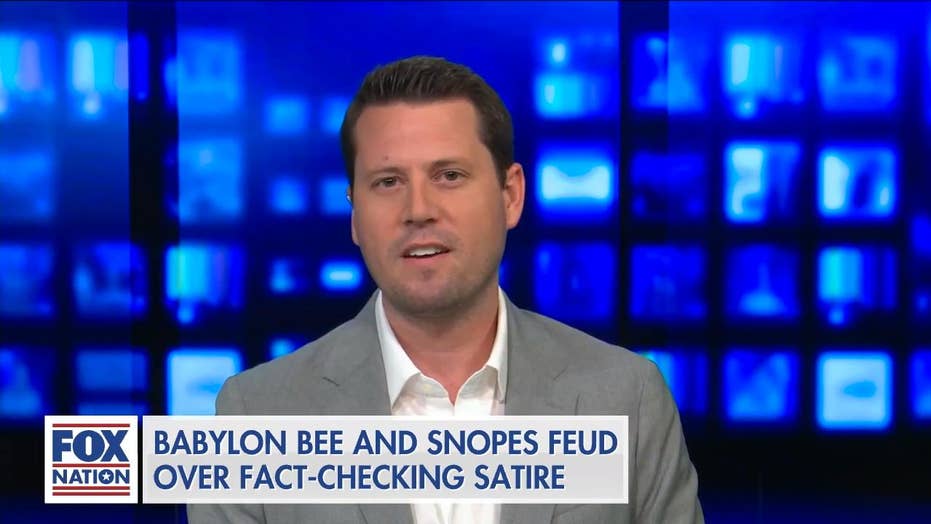 The CEO of conservative-leaning Babylon Bee, a satirical website, said they are being treated as a real news site after Snopes began fact-checking their recent content and labeled them 'fake news.'

In an interview on Fox Nation's "One Smart Person & Greg Gutfeld,"  Seth Dillon said Snopes has been fact-checking the Babylon Bee regularly and has begun to alert readers that they are "intentionally misleading" them with "false" content.

"Our issue with them isn't that they're fact-checking us so much, Dillon explained, saying he once considered "getting Snoped" a "badge of honor."

"Lately, it's been taking a darker turn where they're questioning our motivation for putting out misinformation."

Dillon invoked the First Amendment throughout the interview, saying it applies to satire, "whether it succeeds or not." He was forced to retain legal services after Snopes suggested they were trying to "fool readers," despite private conversations where he said Snopes acknowledged the Babylon Bee is a satirical website.

While The Onion, the largest left-leaning satirical website, has been subject to fact-checking as well, Dillon said they are holding the Bee to a different standard.

"With The Onion, they call it satire and kind of laugh it off...with our fact checks, they say 'I'm not sure this qualifies as satire...they've been misleading people for a long time.'"

To see Gutfeld's response and more, join Fox Nation for the full episode of "One Smart Person & Greg Gutfeld."