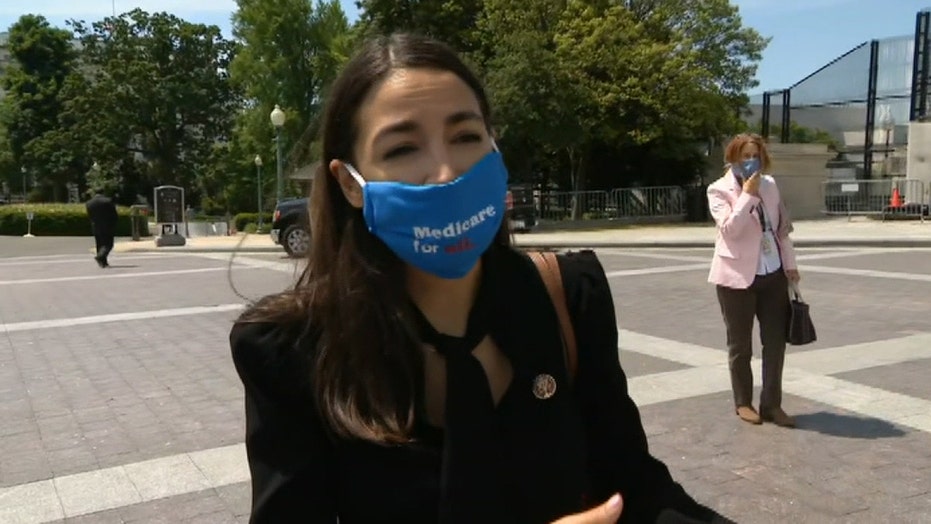 Attorney Mondaire Jones is running as a Democrat to replace Rep. Nita Lowey, D-N.Y., who's retiring from her seat in New York's 17th congressional district, which includes Rockland County and part of Westchester County.

".@MondaireJones is a deeply committed fighter for justice," Ocasio-Cortez tweeted on Friday. "He‘s a people’s champ rejecting corporate who belongs in Congress representing Rockland & Westchester (where I went to public school!) Let’s rally around Mondaire. I’m proud to endorse him," she added, with a link to a donation page for Jones.

"Growing up poor, black, & gay, I never imagined someone like me could run for Congress," Jones responded. "I’m proud to be endorsed by @AOC, who gives hope to so many kids wondering if there is a place for them in a world filled with so much injustice. Will you join us?"

Ocasio-Cortez is just the latest prominent Democrat to endorse Jones, who also received an endorsement from Sen. Elizabeth Warren, D-Mass., in January. In a campaign video posted on his timeline, Jones describes growing up in a working class family before making his way through Stanford University, working in the Obama administration, and eventually Harvard Law School. Under Obama, he worked for the Justice Department's Office of Legal Policy.

Some of Ocasio-Cortez's key policies -- "Medicare for all" and the Green New Deal -- are part of Jones' messaging in the video. 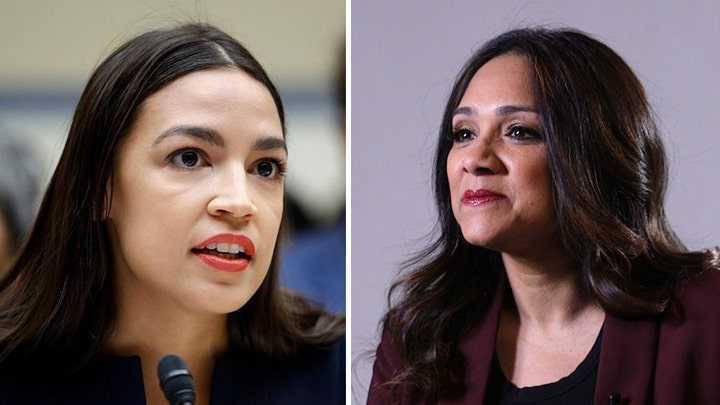 "The response of Democrats ... cannot be to compromise our values for the sake of compromise," he said. "We have got to be fighting tooth and nail for the things we say we believe in like a Green New Deal, 'Medicare for All,' and criminal justice reform."

“Once again, she has abandoned her colleagues in Congress and supported an outsider," a Democratic source said. "Sadly, the people she supports often lose. That might be different here, but it has little to do with her. She came in in the ninth inning.”

In February, she continued her crusade against establishment Democrats by announcing her new political action committee was endorsing several progressive congressional candidates who sought to unseat Democratic incumbents.

Announced in January, the Courage to Change PAC is likely to deepen rifts within the party as the 2020 elections approach. It's reportedly set up to serve as a counterweight to the Democratic Congressional Campaign Committee (DCCC), which Ocasio-Cortez flouted earlier this year by not paying party dues. Fox News reported in January that the progressive icon took issue with the committee "blacklisting groups that help progressive candidates."

While the freshman congresswoman has already feuded with incumbent Democrats, her endorsements made it clear that she sought marshal substantial resources to achieve a progressive majority in Congress. According to The New York Times, the PAC's fundraising email directly accused the DCCC of trying to discourage "working class candidates" who lacked the necessary resources for a congressional run.