Jonathan Zachreson, founder of Reopen California Schools, defends the billboards and his fight to help families get their children back in classrooms.

In an opinion article published online Thursday, a top liberal columnist for The New York Times blamed Democrats for the harm being inflicted on millions of the nation’s children by a year of school closures – describing it as a "tragedy we haven’t adequately confronted."

Writer Nicholas Kristof also suggests that many Democrats may have been blinded by animus toward former President Trump when they enacted the coronavirus-related school shutdowns.

"Many Democrats seemed to be more suspicious of in-person schooling last summer when President Donald Trump called for it," he writes, adding, "We shouldn’t let ourselves be driven by ideology rather than science."

"We shouldn’t let ourselves be driven by ideology rather than science."

He notes that at least one Democrat, Rhode Island Gov. Gina Raimondo, pushed for schools to reopen in her state, "and kids there are better off because she did."

Elsewhere, however, millions of the nation’s schoolchildren have missed in-person learning for many months because of coronavirus mitigation policies, a situation that may result in "permanent damage" -- both to the children and the nation’s future, Kristof writes.

"The blunt fact," he continues, "is that it is Democrats – including those who run the West Coast, from California through Oregon to Washington State – who have presided over one of the worst blows to the education of disadvantaged Americans in history."

"It is Democrats ... who have presided over one of the worst blows to the education of disadvantaged Americans in history."

He also blames Democratic governors and mayors, saying they "too often let schools stay closed even as bars opened."

Kristof then cites some of the latest findings from organizations that have been tracking the impact of school closures. 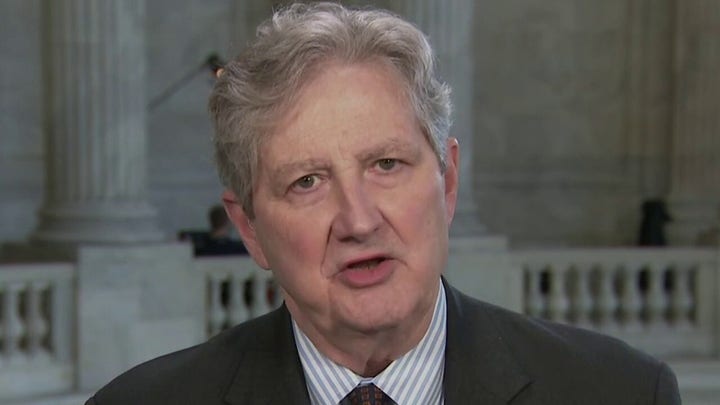 The disruptions also will likely worsen the achievement gap between children from wealthier families – those that can afford private schooling and home internet service, for example – and those from low-income families, who often lack internet and cellphone service, Kristof notes.

Former President Trump's call for schools to reopen may be behind Democrats' efforts to keep them shut down, a liberal New York Times columnist writes.

As many as 3 million American children have had no schooling – whether in the classroom or online – for the better part of a year, Kristof adds, sharing findings from the nonprofit Bellwether Education Partners.

He also argues that teachers who oppose returning to the classroom until after all teachers and students are vaccinated are guilty of "an abdication of responsibility to America’s children."

Kristof writes that evidence from the U.S. Centers for Disease Control and Prevention, the British Medical Journal and a Tulane University study all suggest that in-person schooling doesn’t pose any dangerous risks to students or teachers.

The Times columnist’s position mirrors that of many parents around the country.

In Los Angeles, some parents organized what they called a "Zoom blackout," demanding that they have more say in when schools reopen. 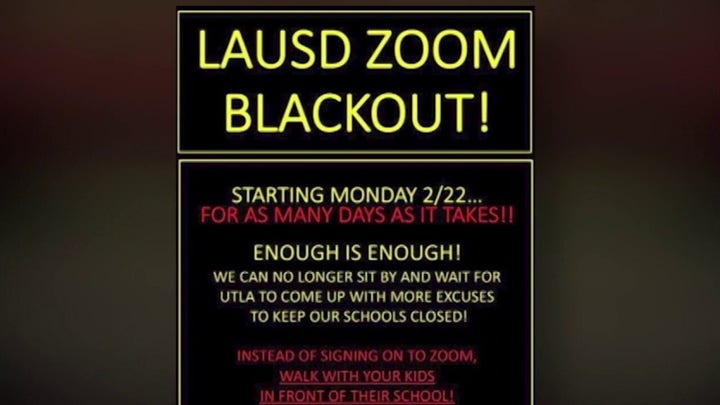 In New Jersey, some parents held a rally Monday, calling for their school district and the local teachers union to reach a deal on resuming in-person classes.

"It's been almost 350 days since most kids have seen the inside of a classroom. We know this: Virtual ‘learning’ is not working," SOMA for Safe Return to School, the organizers of the rally outside the town hall in Maplewood, wrote on Facebook. "Schools do not have to be closed to be safe."

Kristof of the Times has previously written in support of having schools reopen.

In November, he penned a column titled, "When Trump Was Right and Many Democrats Wrong."

"Some things are true even though President Trump says them," Kristof began. "Trump has been demanding for months that schools reopen, and on that he seems to have been largely right. Schools, especially elementary schools, do not appear to have been major sources of coronavirus transmission, and remote learning is proving to be a catastrophe for many low-income children."