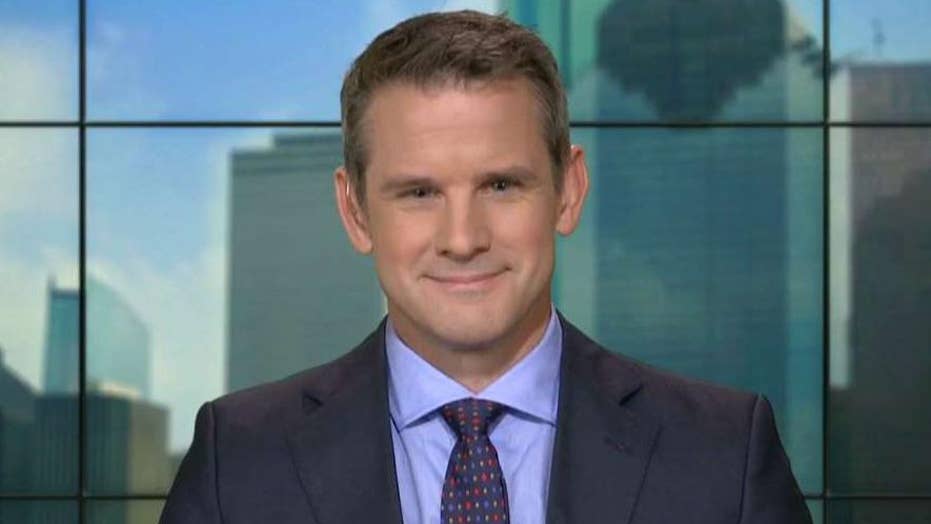 Kinzinger: Iran is acting as predicted, trying to get a response

"The president is really smart to have responded like he did... he always made it clear that if you harm Americans, that's gonna incur the wrath of the American people, and that's what happened," Kinzinger said Tuesday on "Your World."

Dozens of Iraqi Shiite militia supporters managed to gain entry into the U.S. Embassy compound in Baghdad after smashing down a gate and storming inside.

Protesters smashing a window inside the U.S. embassy compound in Baghdad on Tuesday. (AP)

U.S. PRESSES IRAQ TO PROTECT AMERICAN PERSONNEL AFTER EMBASSY ATTACK: ‘THERE WILL BE NO BENGHAZIS’

It came amid protests over U.S. airstrikes, though Trump stressed that the strikes were in response to the killing of an American contractor.

“Iran will be held fully responsible for lives lost, or damage incurred, at any of our facilities,” Trump tweeted Tuesday afternoon. “They will pay a very BIG PRICE! This is not a Warning, it is a Threat. Happy New Year!”

The breach at the compound followed an earlier attempt by hundreds of Iraqis. The unrest came as Iraqis held funerals for the 25 fighters from Iran-backed Shiite militia Kataeb Hezbollah who were killed in U.S. airstrikes earlier this week, The Associated Press reported. The U.S. military said the airstrikes were in direct retaliation for last week's killing of an American contractor in a rocket attack on an Iraqi military base that it had blamed on the militia.

"I think Iran is going to try to step it up to see if they cannot get a response by the United States and once they get another response, they'll basically hold there or back down," Kinzinger said.

"Iran is a declining nation right now, especially after we pulled out of the nuclear deal. They're feeling the heat trying to ratchet up the pressure because I think they're in a really desperate place," he added.

Trump pulled the United States out of the international nuclear deal with Iran in 2018, saying it did not do enough to prevent the secretive regime from acquiring a nuclear weapon.

"They want to draw America back to the negotiating table to get the old Iran nuclear deal," Kinzinger said.

"It's not our choice to fight terrorism, he added. "That's the terrorists' choice and we either fight them here in the U.S. or we fight them there. I wish we had better choices. We just don't."

The developments represented a major downturn in Iraq-U.S. relations that could further undermine U.S. influence in the region and American troops in Iraq and weaken Washington's hand in its pressure campaign against Iran.