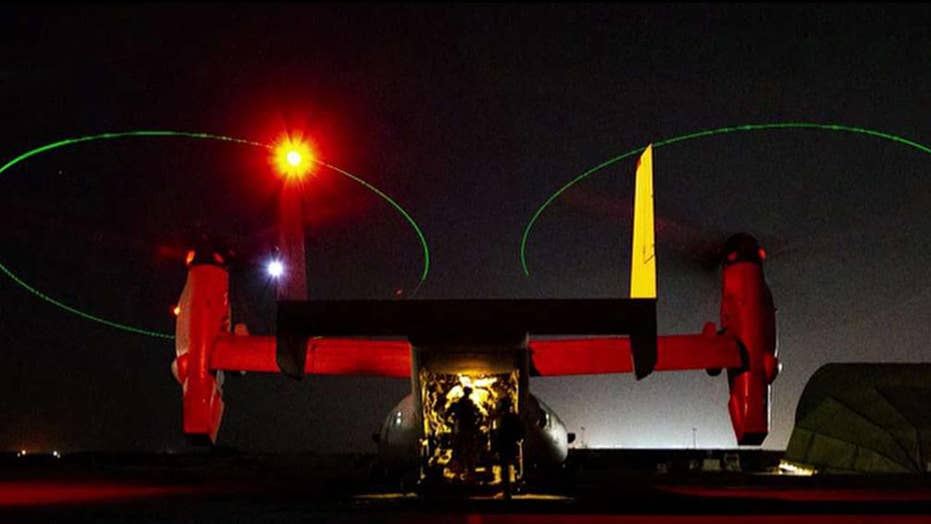 At least 750 paratroopers are set to deploy to the region immediately, Defense Secretary Mark Esper said in a statement.

The alert brigade of roughly 4,000 paratroopers, known as the DRB -- the Division Ready Brigade -- has been told to prepare for a possible deployment in the days ahead after hundreds of Iranian-backed militiamen tried to storm the U.S. embassy in Baghdad Tuesday.

Within that alert brigade, three rifle battalions had a certain alert sequence, 18 hours, 36 hours and 54 hours for the third. The entire brigade had a 96-hour alert window to deploy.

TRUMP THREATENS IRAN AFTER ATTACK ON EMBASSY COMPOUND: ‘THEY WILL PAY A VERY BIG PRICE!’

Esper said that at President Trump's direction, "I have authorized the deployment of an infantry battalion from the Immediate Response Force (IRF) of the 82nd Airborne Division to the U.S. Central Command area of operations in response to recent events in Iraq. Approximately 750 soldiers will deploy to the region immediately, and additional forces from the IRF are prepared to deploy over the next several days. This deployment is an appropriate and precautionary action taken in response to increased threat levels against U.S. personnel and facilities, such as we witnessed in Baghdad today. The United States will protect our people and interests anywhere they are found around the world."

Some of the paratroopers already have left their base in Fort Bragg, N.C., to fly overseas in Air Force C-17 cargo planes, according to officials. 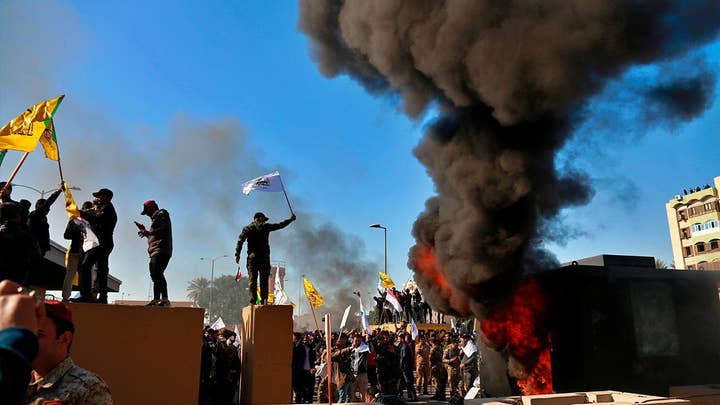 The U.S. Army has kept an alert brigade of roughly 4,000 paratroopers in the 82nd Airborne for crisis response like this.

U.S. PRESSES IRAQ TO PROTECT AMERICAN PERSONNEL AFTER EMBASSY ATTACK: ‘THERE WILL BE NO BENGHAZIS’

The aircraft carrier USS Harry S. Truman has been in the Gulf of Oman, its strike group armed with hundreds of Tomahawk cruise missiles in addition to the dozens of strike aircraft aboard Truman.

The crowd attacked the embassy following funerals for 25 Iranian-backed fighters killed in U.S. airstrikes Sunday in Iraq and Syria--retribution for an American defense contractor killed in Iraq Friday, according to U.S. defense officials.