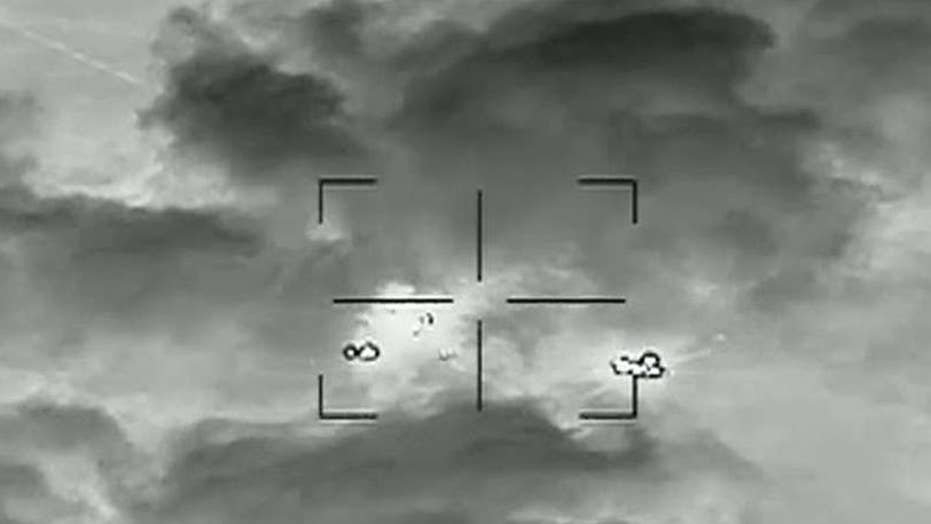 U.S. Air Force jets drop GPS-guided bombs on five Iran-backed militia sites after a U.S. contractor is killed and American troops are injured in a rocket attack; Lucas Tomlinson reports from the Pentagon

The U.S. military carried out airstrikes in Iraq and Syria on Sunday — days after a U.S. defense contractor was killed at a military compound in a rocket attack.

U.S. officials have blamed the militia for a rocket barrage Friday that killed a U.S. defense contractor, wounded four U.S. troops and two members of the Iraqi Security Forces (ISF) near Kirkuk, in northern Iraq.

Military forces said the attackers fired more than 30 rockets in Friday's assault — the 11th rocket attack on U.S. and Iraqi forces since late October, according to a U.S. defense official.

Five locations — including three Kataeb Hezbollah areas in Iraq and two in Syria — were targeted, Hoffman said in a statement.

He said the U.S. strikes will weaken the group's ability to carry out future attacks on Americans and their Iraqi government allies.

Iraq Prime Minister Adil Abdul-Mahdi denounced the strikes, saying that the leader of the Iranian-based militia is a "U.S. designated terrorist."

"Aby Mohandis (is) blamed for the 1983 bombing of the U.S. Embassy in Kuwait two months after Beirut," he said. "But his militia fought against ISIS and is under the umbrella of Iraq's security forces." 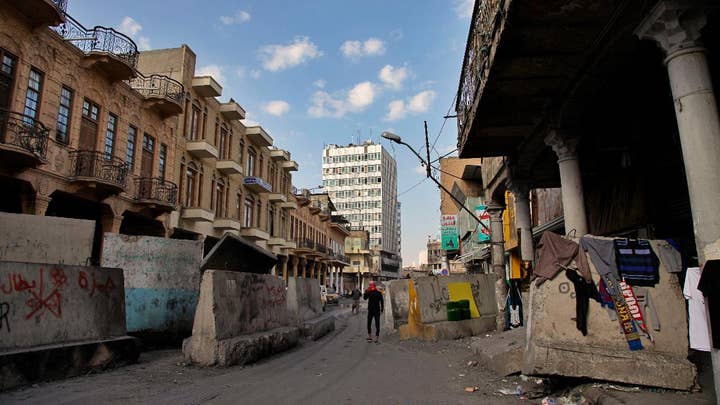 Earlier this month, Pompeo blamed Iran for two separate rocket attacks on the Baghdad International Airport, on Dec. 9 and 11, where U.S. and Iraqi forces are located on the other side of the commercial airport.

Pompeo said if any Americans were harmed in the future, it would "be answered with a decisive U.S. response."

Sen. Tom Cotton, R-Ark., responded: "Today's strikes against Iranian-backed groups in Iraq and Syria are a justified response to the killing of an American and the wounding of several American service members and Iraqis. Tehran must stop attacking Americans or else face even graver consequences."

Tony Badran, a research fellow at the Foundation for Defense of Democracies, called the attack an "important moment in the U.S.'s Iraq policy."

"Especially over the past decade, counterterrorism has not only encouraged inertia, but also has served as a smokescreen to put the U.S. in a de facto alliance with Iran, including the Obama administration providing Iranian-led militias with cover and support for ground operations," he added. "The Trump administration has been slowly moving away from that, first through quiet acquiescence to ti Israeli strikes and now by retaliating directly against attacks by these militias. This change in posture is as necessary as it is overdue."