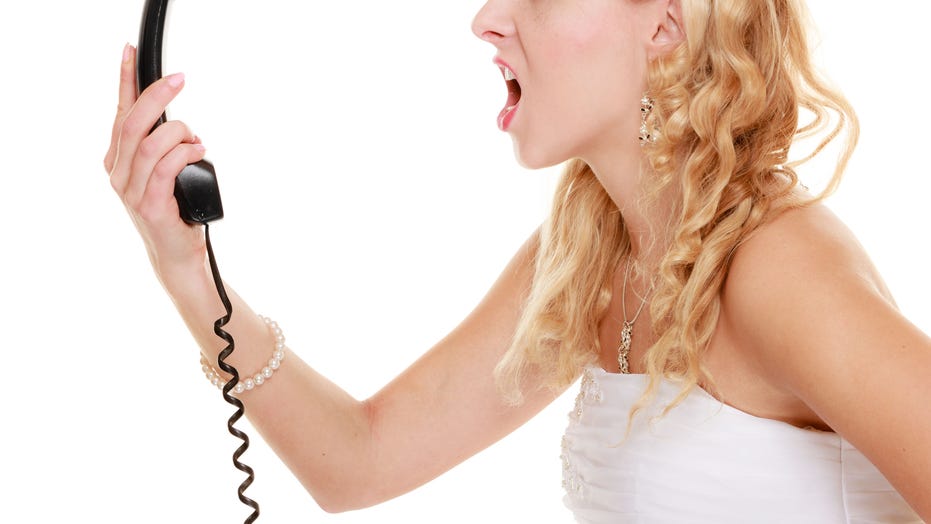 Not everyone can handle last-minute changes.

A bride-to-be asked Reddit for advice after she ran into problems with her wedding.

Apparently, her fiance’s family decided at the last minute that they didn’t want to attend a wedding with children, which caused a problem for the bride’s sister, who has a son with special needs.

“Today my fiance came to me and said that his family,” the bride-to-be wrote, “who we had planned the entire thing around, don't want kids at the wedding. They're all over 18, they want to drink, and ‘not have to worry about brats running around’ (his dad's exact words) and they were threatening to not come.” (iStock, File)

The post appeared on the site’s forums, where the bride-to-be explained, “I'm getting married on the 4th. Not ideal and it's been a pain to organize but my fiance's family are from another country so we needed to do it while they were all here. We planned a child-friendly wedding as my siblings both have kids. My brother has two girls and my sister has a son. My nephew has social anxiety disorder, has been diagnosed and is in therapy (something to do with his dad). He's nine and the anxiety is pretty bad and manifests in tantrums and crying, so I planned a child-friendly wedding knowing my sister had no one to leave him with.”

Unfortunately, her fiancé sprang some last-minute news on her.

“Today my fiance came to me and said that his family,” she continued, “who we had planned the entire thing around, don’t want kids at the wedding. They’re all over 18, they want to drink, and ‘not have to worry about brats running around’ (his dad’s exact words) and they were threatening to not come.”

When she reached out to her family about the updated plans, her brother said his wife could look after his kids. Her sister, on the other hand, wasn’t able to find anyone to watch her son due to his social anxiety disorder.

“My sister says ‘I’ve got no one to leave [nephew] with so I’m really sorry and I'll see you when you get back from honeymoon.’”

The bride, apparently, did not take this well, as she continued, “I got really mad because it’s in two days and my sister is now bailing on me so I reply ‘babysitter, neighbor, boyfriend?’ She says that he isn’t comfortable enough to be babysat by someone, he’s p---ed off or weirded out the neighbors with his tantrums and anxiety, and he’s not comfortable enough with her boyfriend to leave the two of them alone, and she’s sorry she can’t make it but if I’m doing child-free then she can’t go.”

Things got heated when the bride said she couldn’t believe her sister was missing the wedding because her kid “is antisocial.” After a brief argument, the sister reaffirmed that she wouldn’t be attending the wedding.

“I’ve not said anything since,” the story concluded. “I’m annoyed because this isn’t my choice, it’s my in-laws who are being weird about having kids there. Brother took my sister up on her offer so now he and my sister in law are coming, but not my actual sister. I just want the day to go smoothly and instead they’re having a go at me.”

Reddit users seemed to agree that while the fiance’s family made an unfair demand, the bride-to-be could have handled it better.

“I personally don’t want kids at my wedding,” one user wrote, “but I will in no way spring that on guests two days before! Her in-laws sound like a bunch of work... sounds like she will fit right in!”

“It amazes me sometimes,” added another, “people’s inability to see something I feel is so clear. She changed the plans last minute, not her sister. She can be upset about it, sure. But she can’t blame the sister, who was very clear from the get-go about needing her son with her.”

Another user advised, “I feel like she was better off telling her in-laws no. Have the actual wedding ceremony with everyone then go have an after-party somewhere else. Surely they can stand having no alcohol for three hours.”