Amid an opioid crisis that is claiming tens of thousands of lives each year, the U.S. surgeon general on Thursday urged Americans to start carrying a drug that reverses overdoses.

It marks the first time in 13 years that the nation’s top doctor has issued a public health advisory.

“You don’t have to be a policeman or a firefighter or a paramedic to save a life,” said Adams, who pointed out that more than half of opioid overdose deaths in the U.S. occur at home.

According to federal data, more than 42,000 Americans suffered fatal opioid overdoses in 2016, more than double the number who died in 2010.

Naloxone can restore a person’s breathing after it is injected or sprayed in the nostrils, quickly bringing overdose victims back from near-death.

Many who work with naloxone applauded the public health advisory.

“It’s going to be a significant catalyst to education and awareness” about who is at increased risk of an overdose and being prepared to save someone’s life, said Mike Kelly, the president of Adapt Pharma, the makers of NARCAN, in an interview with Fox News.

“It’s been our sole focus to expand affordable access to NARCAN,” said Kelly, who was praised by President Trump last month when he outlined his administration’s plans to combat the opioid crisis.

Adapt has launched programs to provide free and discounted samples of NARCAN to schools and first responders. It has also worked with pharmaceutical chains to make it easier for people to afford the drug.

On Thursday, CVS Health, Walgreen and Harvard Pilgrim announced plans to offer NARCAN at lower prices and to train patients about how to administer the drug. Some pharmacies are waiving co-pays.

“The surgeon general reframed the discussion [about the opioid crisis] to everyone who is at risk, not just people illicitly using drugs,” Kelly said. “He didn’t just talk about heroin, he talked about the use of opioids for chronic pain. Many of those prescriptions are at doses where patients are at risk."

“He’s trying to bring awareness to make sure that if you’re on prescription opioids, you understand the risks, and to understand when you are at risk, and if you are, you need to know about naloxone and you need to have it nearby.”

Naloxone has been around for about 40 years, but until about three years ago, was administered mainly at hospitals. 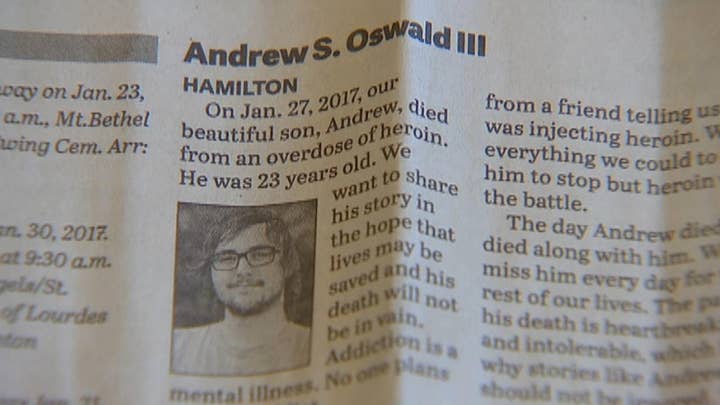 Adams said he hopes those who are at risk — as well as their friends and family members — will keep the antidote on hand and learn how to use it.

Adams said 95 percent of all insured Americans are covered to purchase naloxone. Narcan nasal spray, one of the most widely available products, can cost around $80 for one dose. Generic, injectable versions of naloxone are cheaper.

For those who are uninsured, the antidote is often available at little or no cost through local public health programs, Adams said. He also wants more federal funds dedicated to increasing naloxone access on local levels.

“Costs should not and, in the near future, will not be a barrier to accessing naloxone for anyone in America,” Adams said.

As of July 2017, all 50 states have passed laws improving naloxone access, according to The Network for Public Health Law, a nonprofit that helps government agencies.

Maine’s Republican Gov. Paul LePage has been one of the most outspoken opponents of the push, arguing that naloxone doesn’t treat addiction and merely discourages people from seeking treatment by essentially offering a safety net if they overdose.

Proponents, however, argue that greater access to naloxone doesn’t draw people to illegal drug use or foster an addiction.

Keith Kinsman, a Pennsylvania man whose son Benjamin died in 2016 of a heroin overdose, has dedicated himself to raising awareness about opioids and says he has seen countless examples of lives saved by naloxone.

“It’s absolutely a good idea if you or someone you know is struggling [with addiction], you should get naloxone and attend training on how to use it,” Kinsman told Fox News. “People say it enables [drug] use, but the only thing it enables is breathing. People who are ‘dope-sick’ can’t recover if they die, and recovery is absolutely more possible now than ever before.”

Adams said naloxone will not single-handedly solve the opioid crisis and should instead be used “in conjunction with expanded access to evidence-based treatment.”

“There are people out there who think naloxone doesn’t make a difference: you’re just going to go on and misuse substances again,” Adams said. “That would be like me saying I’m not going to do CPR on someone having a heart attack because if we save them, they’re just going to go out there and eat fast food and be back here all over again.”

Adams’ recommendation for more people to possess naloxone comes a month after Philadelphia’s health department urged residents to do the same.

Prior to his current role, Adams had been Indiana’s health commissioner, where he promoted needle-exchange programs aimed at stemming the spread of diseases among intravenous drug users.