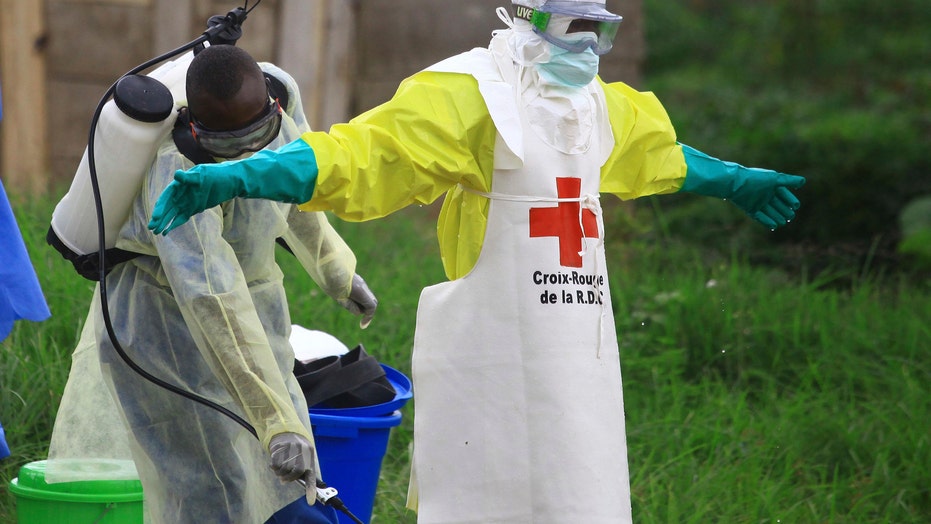 The outbreak that was declared in eastern Congo in August is already the second deadliest in history, and efforts to control it have been complicated by a volatile security situation and deep community mistrust.

Ebola treatment centers have come under repeated attack, and a Cameroonian epidemiologist working with WHO was killed last month during an assault on a hospital in Butembo city at the outbreak's epicenter. Another attack on Thursday in Butembo was repelled, said Mike Ryan, WHO's emergencies chief.

Insecurity has become a "major impediment to ensuring that we can access, engage with and serve the communities we wish to serve in Ebola control," Ryan told reporters in Geneva.

He said 119 attacks have been recorded since January, 42 of them directly against health facilities, with 85 health workers wounded or killed. Dozens of rebel groups operate in the region, and community rejection of health workers has been driven in part by political rivalries, he said.

"Every time we have managed to regain control over the virus and contain its spread, we have suffered major, major security events," Ryan said. "We are anticipating a scenario of continued intense transmission" of the disease.

The death toll from Ebola stood at 994 on Friday but was expected to surpass 1,000 when Congo's health ministry releases its daily figures later in the day.

The 2014-2016 outbreak in West Africa's Guinea, Sierra Leone and Liberia brought worldwide attention as it killed more than 11,000 people.

WHO has maintained that this Ebola outbreak is geographically contained even as the number of cases rises in a dense, highly mobile population near the border with Uganda and Rwanda.

More than 109,000 people have received an experimental but effective Ebola vaccine and Ryan said authorities are looking at potentially introducing another one.

He also said funding for Ebola containment efforts faces an "urgent, critical gap" of some $54 million and he called for more help from Congo and the world.