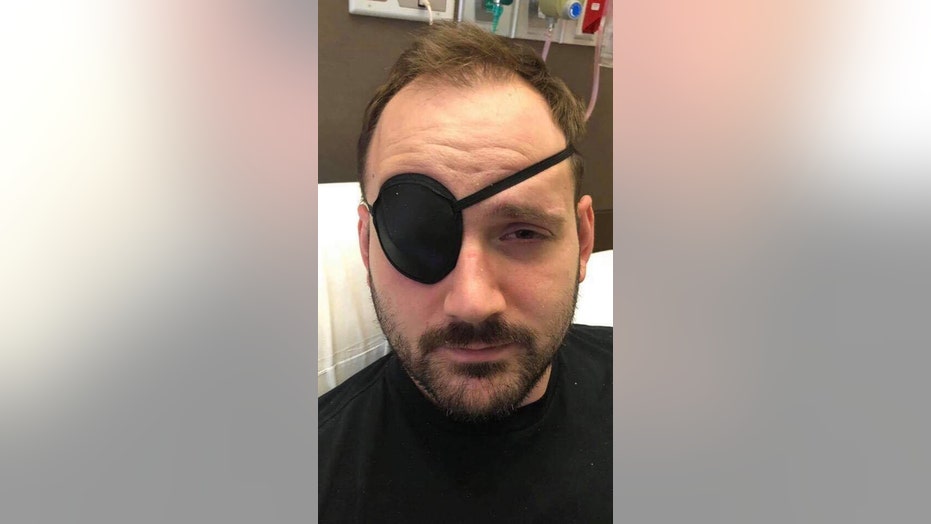 An Oklahoma man is recovering from a harrowing medical ordeal after he did what millions of Americans do every day: he cracked his neck, only to land in the hospital for a stroke.

Josh Hader, 28, told KOCO News that the moment he heard “the pop” back in March, his entire left side went numb.

“I got up and tried to get an ice pack from the fridge, and I remember I couldn’t walk straight,” he told the news outlet.

Hader, pictured with his wife and children, said he still has trouble walking with his left leg. (Courtesy Josh Hader)

He was rushed to the hospital where scans determined that when he turned to crack his neck, he tore an artery in his neck, triggering a stroke. Specifically, Hader had torn the vertebral artery, which is the same injury Natalie Kuniciki suffered when she cracked her neck while stretching. While Kunicki was left partially paralyzed by the tear, Hader’s doctor told KOCO News that he miraculously escaped any serious damage.

“He could have formed more clot on that tear and had a life-ending stroke,” Dr. Vance McCollom, of Mercy Hospital, told the news outlet.

Hader wore an eyepatch to treat blurred and double vision during his recovery, and still has trouble walking with his left leg. He has undergone physical therapy in an effort to help gain back strength, but told the news outlet not being able to help his wife with their children has been the most difficult part.

While cracking or popping noises in joints are typically nothing to worry about, orthopedic surgeon Kim L. Stearns said if the noises are accompanied by pain or swelling it could be a sign of an injury.

“There is really no ‘safe’ way to crack your neck,” Dr. Robert Glatter, an emergency physician at Lenox Hill Hospital in New York City, previously told LiveScience, adding that trauma can also result in damaged nerves, ligaments and bones. “Simply put, it’s best to avoid doing it in the first place, to avoid any potential complications.”