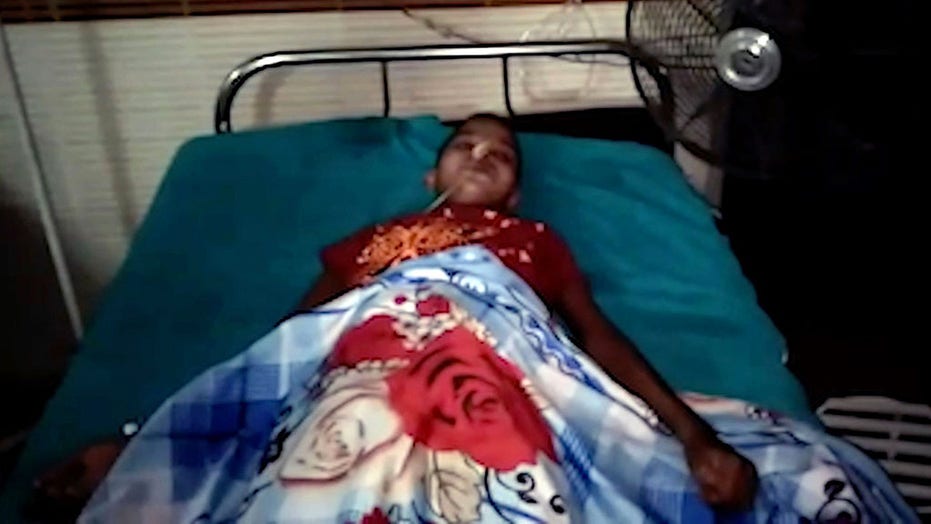 A 14-year-old girl in India recently received potentially life-saving care when she showed symptoms of vomiting and abdominal pain. Surgeons  discovered a 3-pound hairball lodged in her stomach that, if left unchecked, could have caused major complications. The girl, identified by Pooja in media reports, was treated in Gonda, Uttar Pradesh.

The teen, pictured after her operation, had been complaining of abdominal pains and vomiting.  (Caters News Agency)

Dr. Rajesh Kumar Pendey, the teen’s lead surgeon and owner of the private clinic where she was treated, said they were able to remove the hairball, and that Pooja is now stable, according to Caters News Agency.

Pooja was diagnosed with Rapuzel Syndrome after she allegedly confessed to eating her hair in secret. (Caters News Agency)

She reportedly later revealed to her medical team that she had been secretly eating her hair, which led them to diagnose her with Rapunzel Syndrome, a rare condition caused by a psychiatric disorder called trichophagia. The syndrome is related to another hair-pulling disorder called trichotillomania, according to HealthLine.com.

Trichotillomania mainly affects girls over the age of 12, with about 10 to 20 percent progressing to the point of eating their hair. The complications of doing so can be deadly, as Dr. Cathy Burnweit, chief of pediatric surgery at Nicklaus Children’s Hospital in Miami, previously told LiveScience that it can lead to a block in the gastrointestinal tract, making it difficult to eat and causing malnutrition.

The condition proved fatal for a 16-year-old in the U.K., who died in 2017 while away at college due to an infection caused by a hairball in her stomach. Jasmine Beever had been suffering from peritonitis, an autopsy revealed, which occurs when the thin membrane that covers the abdominal wall is inflamed, which is typically caused by a fungal or bacterial infection.