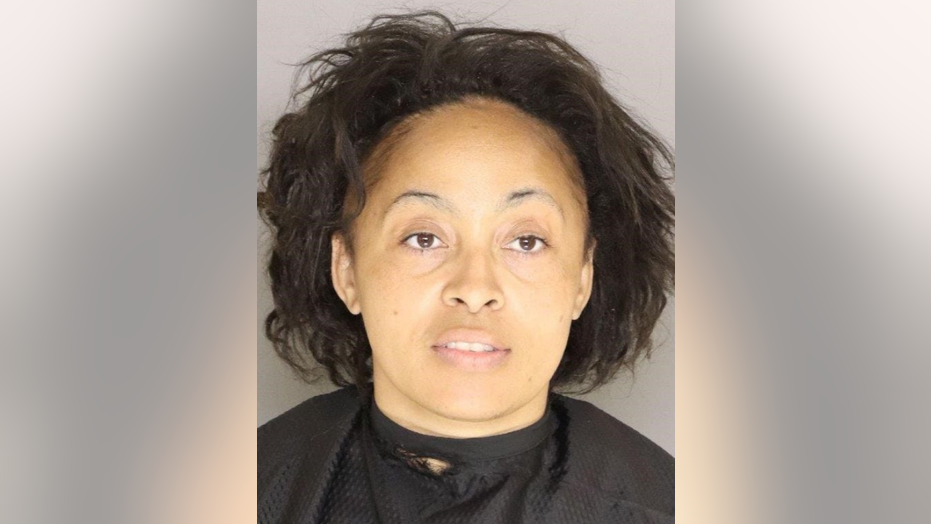 A South Carolina woman wanted for licking her hands and touching items at a local sandwich shop, was arrested Saturday after she was caught doing the same thing inside a grocery store, police said.

Shenir Gibson Holliday, 38, was taken into custody after police said they reviewed video footage inside an IGA supermarket in Sumter that showed her licking her hands and coughing before pulling on freezer doors and touching food items.

"[Officers] responded to suspicious person call at the IGA on Pinewood Road. After locating the woman in the parking lot, officers were able to identify her and determine she matched the description of the suspect in a hand-licking incident in the county," according to the Sumter Police Department.

Shenir Gibson Holliday, 38, was taken into custody after police reviewed video footage inside a supermarket that showed her licking her hands and coughing before pulling on freezer doors and touching food items. (Sumter Pollce Department)

Investigators had been seeking the identity of Holliday after they said surveillance video showed her licked her hands and touching items inside a Sub Station II restaurant in Sumter on April 27.

On her way out of the sandwich shop, witnesses told deputies that Holliday said, “It’s in God’s hands now," according to Myrtle Beach's WMBF-TV.

Holliday, wearing a one-piece jumpsuit, reportedly licked money before giving it to employees at the restaurant. She was also seen licking quarters and putting them in the tip jar before leaving the sandwich shop without the food she ordered, a deputies report said, according to the station.

Following her arrest, she was placed on trespass notice for all Sub Station II locations and ordered to undergo COVID-19 testing on Sunday, police said. Holliday was also issued a citation for violation of the state home or work order.

"Food tampering is a felony that carries a penalty of up to 20 years and aggravated breach of peace could result in a maximum 10-year sentence," police said.

Holliday was charged with aggravated breach of peace and food tampering for both incidents. She was being held at a detention center on a $100,000 bond, as of Sunday.

Businesses that recognize Holliday from other incidents are asked to contact the Sumter County Sheriff's Office.