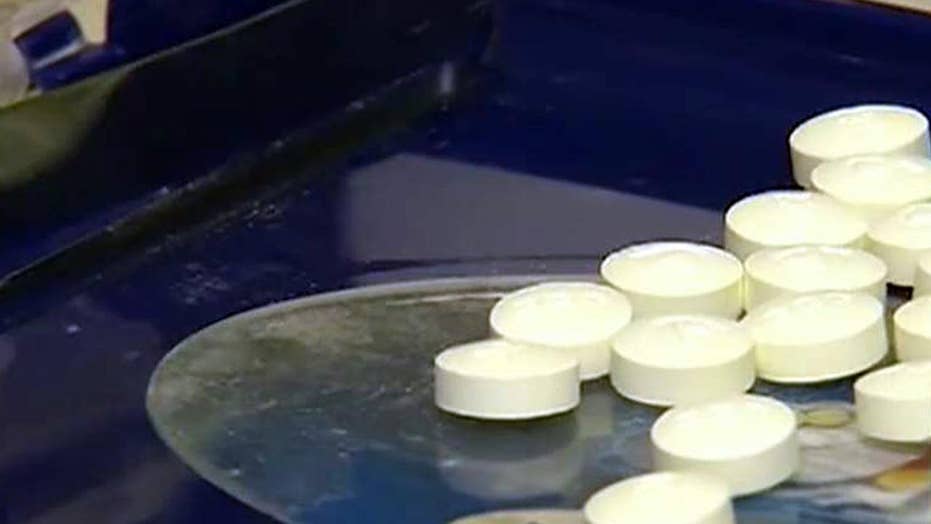 Georgia raises the red flag after spike in opioid overdoses

Officials: Cases may be linked to fake painkillers

Days after a counterfeit street version of a prescription painkiller caused dozens of overdoses in Georgia and as many as four deaths, authorities say they are still trying to identify the source of the new drug.

“Our investigators have been following some leads,” said Sheriff David Davis of Bibb County, Georgia. “We don’t have any suspects at this time.”

The drugs were being sold on the street as Percocet, said Dr. Chris Hendry, chief medical officer at Navicent Health, a non-profit corporation that runs a Level I trauma center in Macon.

“However, when it’s taken, the patients are experiencing significant and severe decreased levels of consciousness and respiratory failure.”

Preliminary results from the Georgia Bureau of Investigation crime lab suggest the counterfeit pills contained a mixture of two synthetic opioids, including a previously unidentified drug that’s chemically similar to fentanyl. The pain medication is 30 to 50 times more powerful than heroin, and about one fifth the cost, according to Daniel Salter, special agent in charge of the Drug Enforcement Agency’s Atlanta Division.

“It all comes down to dollars and cents,” Salter told Fox News. “These cartels can make a huge profit off selling fentanyl. And that’s what they’re doing.”

As few as two grams of fentanyl can be lethal. That makes its use on the black market especially dangerous.

“These are not chemists producing these things. These are idiots in a garage that are manufacturing a drug that’s gonna be used and abused. We call it manufacturing death.”

According to the Georgia Department of Public Health, the street drugs are so potent that overdose victims require “massive doses” of the emergency treatment naloxone (Narcan).

According to the DEA, many synthetic opioids are produced in China and smuggled into the U.S. through Mexico, Canada and the mail.

The spike in overdoses in central Georgia is just the latest chapter in the nation’s growing opioid epidemic.

“I don’t know if it’s a gateway drug,” said Salter of the DEA. “But I know it’s the near death experience that many of these users are looking for. It’s crazy!"

Law enforcement authorities and public health officials are urging people to call 911 immediately if they suspect someone has come in contact with the drugs. Because the ingredients are still not fully understood authorities say even touching the pills could be dangerous.