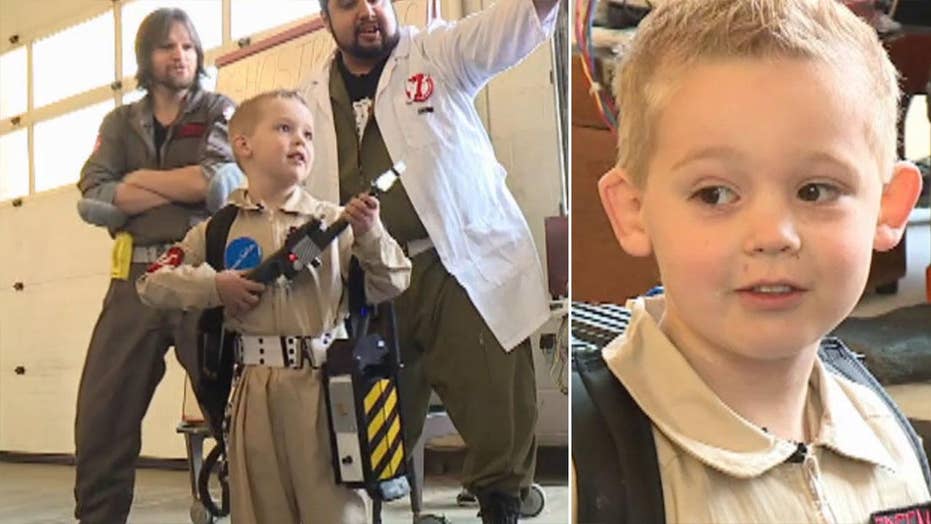 He ain't afraid of no ghost.

London Green, now 5, saw "Ghostbusters" when he was just 3 years old -- and he's been obsessed with it ever since.

"He'll just come out of whatever room he's in and, 'I got a call!' and then put on his proton pack and go fight ghosts around the house or at the park," Stuart Green, London's dad, told FOX40.

But London's bravery goes much further than hunting ghosts.

"He was born without a pulmonary artery," Green said. "His valves were twisted and he had a hole in the bottom."

When the Make-A-Wish Foundation found out about his dream to be a Ghostbuster, they recruited some local experts. With his proton pack strapped on and his ghost meter in hand, London joined the Sacramento Ghostbusters to hunt some spirits in Old Sacramento.

"I got to be a Ghostbuster," London said.

He followed trails of slime around the city to track down ghosts in the California Railroad Museum and the Old Eagle Theater. But it was a trail of marshmallows that led him to his final mission.

And like any true hero, he was greeted at the end of his journey by Mayor Darrell Steinberg who presented him the key to the city.

Green says London is doing well now, and his heart is working the way it should. He will still need to have some maintenance surgeries as he gets older and outgrows the equipment keeping his heart pumping.