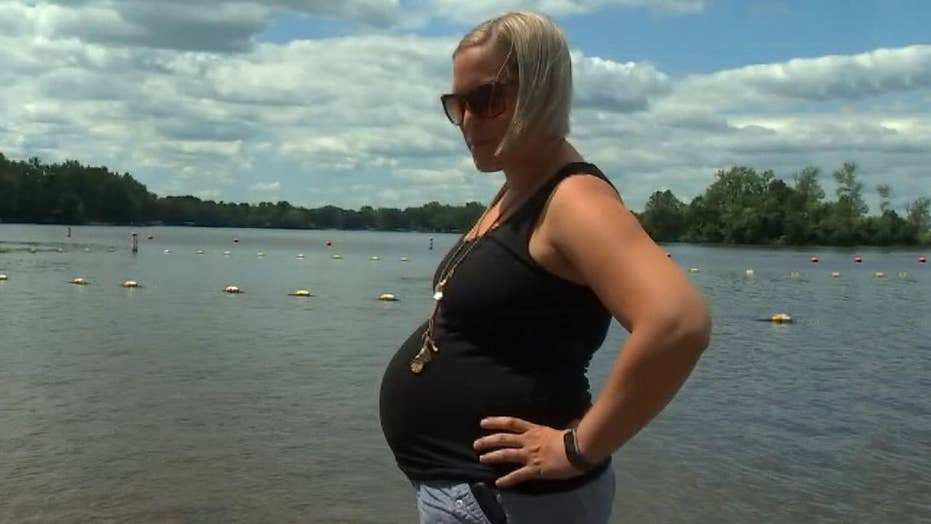 Stephanie Swedberg was teaching her 3-year-old twins to float when she spotted an older boy experiencing difficulty in deeper water.

A pregnant mother in Minnesota had taken her 3-year-old twins to the lake on Sunday in hopes of teaching them how to float when she heard the cries of another mother in distress.

Stephanie Swedberg, who is 33-weeks pregnant, said she was in the water at Crystal Beach Park with one of her boys when she saw a fully dressed mother wading through the water screaming for help.

SPIDER BITE LEAVES UK MAN WITH CRATER-LIKE HOLE IN FOOT: 'MOST GRUESOME THING I HAD EVER SEEN'

“I didn’t realize anything was off until I saw one of the moms fully dressed, sprinting into the water and screaming for somebody to help her son,” Swedberg, a former lifeguard, told Fox 9. “Then I looked over and I saw one of the boys unable to keep his head above the water. He wasn’t screaming… he was just thrashing around, bobbing a little bit.”

Swedberg told the news outlet she handed her own son off to someone and headed over to the boy to grab him. Once they were back safely on land, she encouraged the boy to continue with swimming lessons, and, in the future, “maybe become a lifeguard.”

She said water safety is important in her family, and that she is teaching her sons at a young age so that they don’t panic “when they can’t touch the ground.”

In a twist of fate, she told Fox 9 that the family would normally be at church on Sunday morning, but they chose to watch online and head to the lake instead. It also marked her first save despite summers spent lifeguarding.