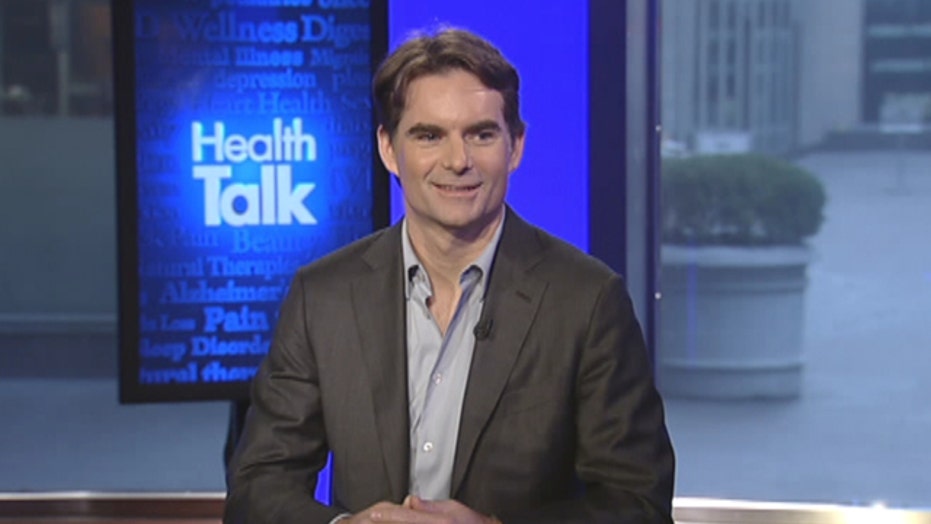 He’s one of the best drivers of all time but Jeff Gordon’s mission is not to capture the checkered flag this time. The NASCAR legend is teaming up with the ‘Sounds of Pertussis’ campaign to spread the word about prevention

Famed NASCAR driver Jeff Gordon is pursuing a different sort of goal in his off-season – raising awareness about whooping cough.

Gordon, who has two children ages 3 and 6, said staying healthy is a big priority for his entire family.

“With kids it’s just germs everywhere, we’re kind of germ-freaks you know taking shoes off when we walk in the door, washing hands, probably overdoing it and you know, covering your mouth when you cough,” Gordon told FoxNews.com.

However, Gordon said it wasn’t until he joined the Sounds of Pertussis campaign, a national education program from March of Dimes and Sanofi Pasteur, that he realized he might unintentionally be putting his children at risk for pertussis, or whooping cough – a highly contagious and often serious disease.

“That’s what got me interested in becoming involved, is because as a parent I didn’t know that I was putting them at risk because I needed the adult booster,” Gordon said. “…Everybody (says), ‘Oh I’ve heard of whooping cough,’ but…they don’t realize that you have to prevent it from continuing to spread.”

One of the goals of this year’s Sounds of Pertussis campaign is to educate adults on the importance of getting an adult tetanus, diphtheria and acellular pertussis (Tdap) vaccination. While most infants receive the vaccine at around 2 months old, the effects wear off after five to 10 years.

Without a booster, parents run the risk of contracting the disease and passing it to unvaccinated infants – for whom it can be deadly.

According to the Centers for Disease Control and Prevention (CDC), the United States is experiencing one of the largest outbreaks of pertussis in approximately 50 years, with more than 41,000 cases and 18 deaths reported in 2012.

Gordon said seeing a video of a child with whooping cough on the Sounds of Pertussis website made him even more determined to spread awareness of the disease – and the importance of the adult vaccine.

“(The vaccine) is quick and over in a hurry and then the benefits are fantastic, and especially if you click on the video and hear that young baby with that whooping cough you’ll never forget that and you’ll realize, I cannot allow myself to bring this into our family,” Gordon said.

Gordon said he feels lucky that his children have been healthy – and that in addition to getting the Tdap vaccine, he and his wife make sure their children eat healthy and nutritiously at home.

“Our kids are great about eating vegetables and fish and we don’t go to fast food restaurants, we really try to eat healthy,” Gordon said. “We make the meals a family event where every night we’re sitting at the table, eating together, talking.”

While Gordon said it’s been tougher to stay in racing shape since he became a father, his children are also a big motivating factor for him.

“It’s definitely more challenging because you don’t have as much time, but at the same time they keep me very active and running around, so I look at it now as, how I set an example for them?” Gordon said.