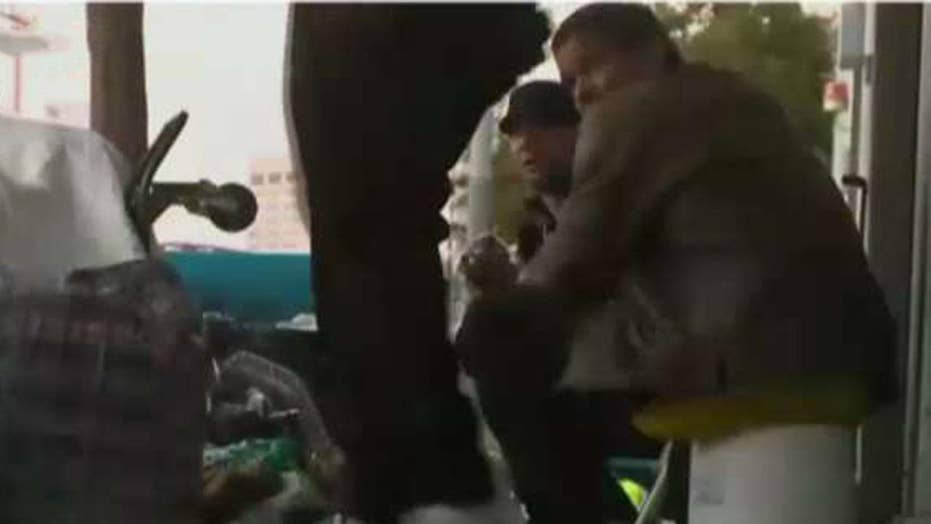 Los Angeles officials are potentially exploring ripping out all the carpet at City Hall amid reports of the building being overrun by rats and fleas as a typhus outbreak plagues the downtown area.

Council President Herb Wesson, who filed the motion Wednesday and at one point moved his staff to another location over the rodent infestation, also asked officials to investigate the “scope and vermin of pest control issues.” He cited a case involving a city employee who possibly contracted the flea-borne illness while at work.

“Employees shouldn’t have to come to work worried about rodents,” Wesson, who removed his own office’s carpet in November, told the Los Angeles Times. “I intend to do whatever it is we need.”

Wesson’s motion asked officials to explore estimated costs to remove the carpeting in City Hall and City Hall East and replace it with alternate flooring, as well as rid of live plants and mull new ways for employees to store their food after hours. The motion said there has been a “noticeable increase in the volume or rodents in the area and within city buildings,” Fox 11 reported.

The California Department of Public Health first reported the flea-borne typhus outbreak in L.A. County in October and said that the affected area included large parts of downtown where homeless populations sleep, including Skid Row. It said it had recorded 167 confirmed cases in 2018.

Elizabeth Greenwood, deputy city attorney who works in City Hall East, said she contracted the illness in the fall and experienced high fever, vertigo and “the worst headache I have ever had in my life,” according to the LA Times.

“I am actually terrified of entering the building again until they do something,” she told the news outlet.

Wesson said in the motion that his office had called in pest control who set traps, and that within two weeks his staff noticed fleas in the carpets, which prompted him to have it removed.

“Since the work has been completed, our employees have not reported any new rodent or flea issues within the office,” he said in his filing, according to Fox 11.

The illness is spread by fleas that have been infected by rats and other vermin, and can cause high fever, chills, headache and rashes. It also tends to circulate in areas with heavy trash accumulation.