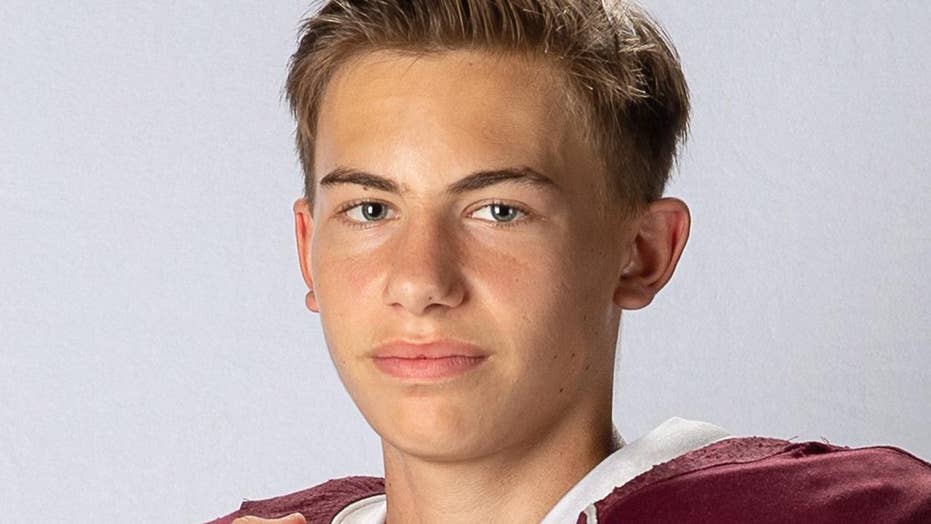 Junior varsity football player Noah Lease-Kennedy from Rocklin California ended up with a life-threatening injury after he was hit during a game. A CT scan revealed the high school student had a lacerated spleen and was bleeding internally.

A California high school teen is recovering after suffering a life-threatening injury during his junior varsity football game last week.

Noah Lease-Kennedy, who was rushed to the hospital on Friday after rupturing his spleen, lost 1.5 liters of blood in his stomach, Fox 40 reported.

“It’s been stressful, it’s been hit and miss,” Renee Lease, the high school sophomore’s mom, told the news outlet. “We had just been watching his numbers and hoping they get stronger and they go up.”

According to the Mayo Clinic, a ruptured spleen typically occurs during a forceful blow to the abdomen and can cause life-threatening internal bleeding without emergency treatment. Some patients may require surgery, while others can recover within several days spent in the hospital.

According to a GoFundMe page set up on behalf of the family, the teen was rushed via ambulance to Sutter Roseville Medical Center where he was placed in the ICU.

“You know, you’re going to anticipate the concussions and the torn knees and the ankles and maybe even a [broken] clavicle or something, but this was a little bit rare,” Lease told the news outlet.

An update on the GoFundMe said doctors were hopeful that the teen would be able to keep his spleen, and that with improvement he could be sent home within the coming days.