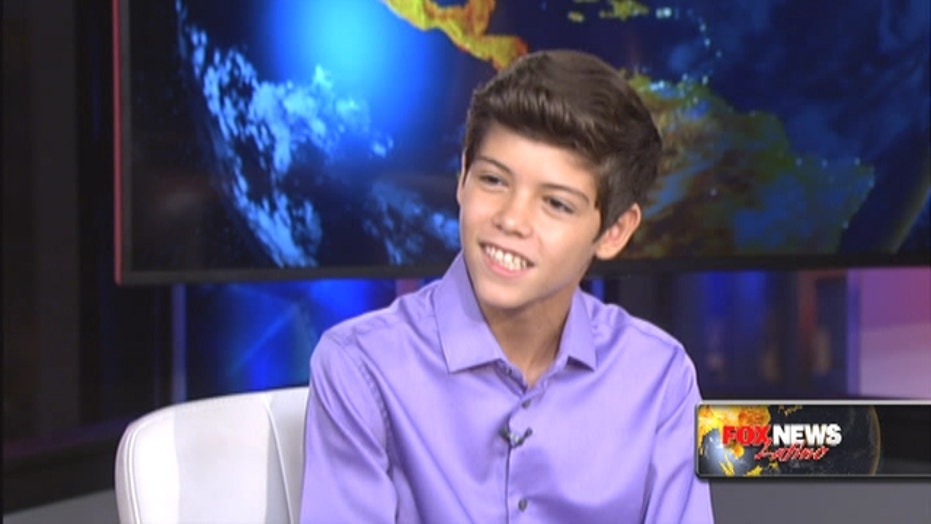 For the first time, the organization has chosen a 13-year-old from Puerto Rico as its new National Ambassador.

For the first time, the March of Dimes organization has appointed a kid from Puerto Rico to be National Ambassador next year, a move that signals a shift to prioritizing outreach to a burgeoning U.S. Hispanic community.

The March of Dimes funds lifesaving research and programs to help reduce premature birth, birth defects and infant mortality. Ismael Torres-Castrodad was one of them. Born five weeks prematurely, the now perfectly healthy 13-year-old will travel around the country to speak of his story in the hopes of spreading awareness and hope to millions of affected families.

"It feels really great, more than anything, because I'm representing the organization that helped me become a healthier child and progress through the years," the well-spoken boy from San Juan told Fox News Latino.

Following Ismael's premature birth, he developed jaundice, a respiratory syncytial virus (RSV), a lung infection and pneumonia. Today, though, he is an active boy who loves playing soccer and excels in school.

Ismael's mother, Isamari Castrodad, will accompany Ismael during his yearlong tour around the U.S., and she credits the March of Dimes organization for saving her son's life. After being hospitalized during her pregnancy for having low amniotic fluid, the March of Dimes provided her information about her condition, which she says led to her having a follow-up appointment to be rechecked. She asked more questions and requested more tests during her visit with the doctor – two days later she underwent an emergency C-section and Ismael was born.

"I got the information [from March of Dimes]," Isamari said. "I empowered myself, and I think that made the whole difference."

The move to appoint Ismael as the organization's new bilingual national face and voice is the latest move by the March of Dimes to increase outreach and awareness to Hispanic families. Fact is, Latinas have babies at a greater rate each year than any other racial or ethnic group in the United States. Babies born to Hispanic women are also about 20 percent more likely to have a neural tube defect than non-Hispanic white women, according to the organization, though it's not entirely understood why.

The information cards given out by Ismael and his mother during the national tour this year will be in both English and Spanish for the first time. Both are especially proud to represent Puerto Rico, which as a U.S. territory joined three other states given a failing grade by the March of Dimes Birth Report Card, which monitors pre-term birth rates worldwide.

Puerto Rico has a long way to go, but both mother and son are confident they can help be part of the solution.

"I find that we can reach a bigger range of people and tell them about the organization, tell them that they are not alone and that the March of Dimes can and will help them," Ismael said.

His proud mother agreeing, "I always say he has to pay it forward, he's helping because he's been helped before."


Bryan Llenas currently serves as a National Correspondent for Fox News Channel (FNC) based in New York. Click here for more information on Bryan Llenas. Follow him on Twitter @BryanLlenas.