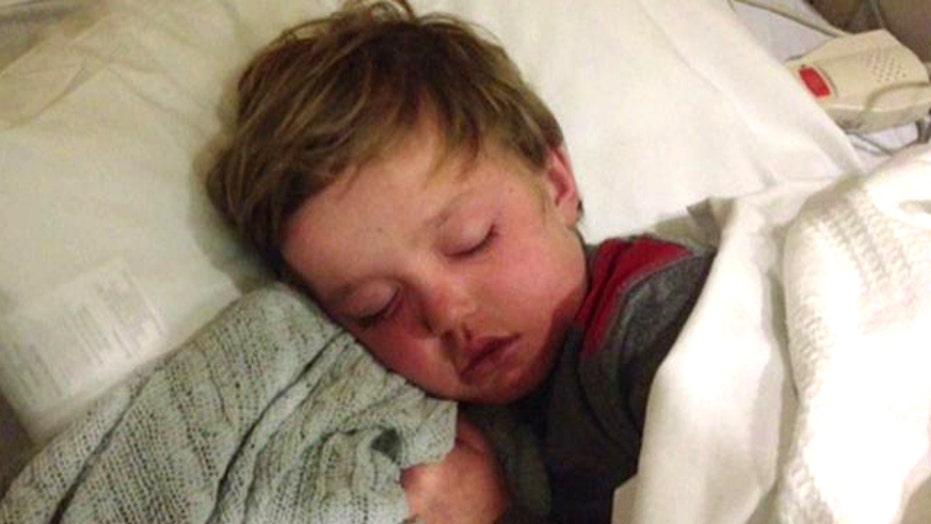 Hope for young cancer patient as treatment is approved

Family and supporters of a 7-year-old boy dying from a rare bone marrow disorder were ecstatic Wednesday, after a drug company reversed its decision to deny him an experimental medicine that could save his life.

"We’re just looking forward to the great success of the drug and the great success of the company to help other people, just tremendously excited," Aimee Hardy, mother of Josh Hardy, of Fredericksburg, Va., told Fox & Friends Wednesday morning. "As hard as we were as a group on the company, we’re going to push Josh to continue to do his best so that he can make that full recovery."

Hardy spoke after pharmaceutical company Chimerix said Tuesday night it will begin a pilot trial for the drug brincidofovir, with Josh set to be the program’s first patient beginning immediately. Chimerix faced intense media scrutiny after it reportedly denied the medication to Josh, who developed the bone marrow disorder as a result of his cancer treatments late last year.

At one point, CEO Kenneth I. Moch had been accused of hanging up in a phone call from a representative from a charity that had offered to pay for the medication.

However, Moch said in a statement Tuesday night that the company would provide the much-needed drug.

"This 20-patient open-label study underscores Chimerix's mission to develop innovative antiviral therapies in areas of high unmet need -- for everyone," Moch said. "Being unable to fulfill requests for compassionate use is excruciating, and not a decision any one of us ever wants to have to make. It is essential that each individual in a health crisis be treated with equal gravity and value, a principle we have upheld by pursuing further clinical study of brincidofovir that will inform its use in adenovirus and other serious DNA viral infections."

Through a grassroots campaign launched by Josh’s mother, Chimerix had received hundreds of phone calls and emails in support of Josh, and the hashtag #savejosh had been trending on Twitter. Supporters even chartered buses so they could protest at the company’s headquarters.

Although support for Josh is strong, Hardy’s mother, Aimee Hardy, has said her son is running out of time.

"He’s still kind of weak, but I really am optimistic about the potential of this drug and I really feel like within a couple weeks we’re going to see a turnaround and get him in the right direction," she told the Fox News morning show. "It was a tremendous gift."

Dr. Robert Hariri, the CEO of the biotechnology company Celgene, told FoxNews.com on Tuesday that colleagues in the industry "look to a company like Chimerix to provide an example of being heroic in these situations for the best interest of society."

"We all run into problems where potentially life-saving therapies which are in development and under investigation are called upon by people who have no other choices, and who will die whether they receive the experimental therapy or not," he said. "And we’re often facing the very complicated decisions on whether to potentially jeopardize the development of a drug or product because there’s need for compassionate use.”