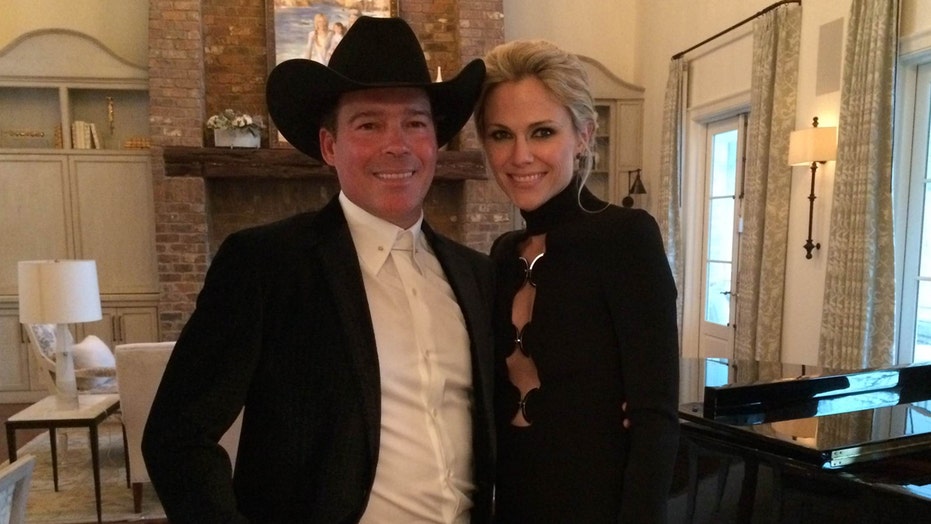 Clay Walker battles MS with wife by his side

Country crooner Clay Walker was diagnosed with multiple sclerosis 20 years ago. He credits his wife and caretaker, Jessica, for keeping him healthy and relapse free for the past 18 years

Twenty years ago, country star Clay Walker was playing basketball with friends while on tour in Canada when he started feeling sick. He couldn’t keep his balance, was having trouble seeing and had numbness in his extremities. While he jokes that his original thoughts were that he had too much wine the night before, the reality was much more serious. Walker was suffering from symptoms of multiple sclerosis (MS), a chronic, incurable disease that attacks the central nervous system.

“When I was first diagnosed I was told I’ll be in a wheelchair in four years and dead within eight,” Walker told FoxNews.com.

Walker didn’t take the devastating news at face value, and took advantage of new drugs and information that were becoming more widely available. He has now been relapse-free for 18 years.

Walker has sold over 11 million albums throughout his career, has 11 No. 1 singles to his name and doesn’t plan on stopping anytime soon. In fact, he is getting ready to release his first album in over six years called “Long Live the Cowboy.”

In order to balance his hectic life with MS, Walker depends heavily on his wife and caretaker, Jessica. Playing such a large role in her husband’s health while also maintaining their home has helped Jessica to better understand the importance of becoming a caregiver, and how to successfully keep the ones you love well and healthy.

“We definitely needed to get a plan for what would work for us best, every journey is different,” Jessica, who has three children with Walker, told FoxNews.com.

For her family, she said it’s important to keep a healthy, organic diet and exercise, meaning the family makes an effort to cook together and tries to work out for at least 10 minutes per day. For times when Walker’s career takes him on the road and Jessica is unable to join him, she depends on a strong support team, including her husband’s bandmates, to pitch in and make sure he’s keeping up with medications, diet and exercise.

“Although there are over 90 million [caregivers] nationwide, it can be a lonely position at times,” she said. “Knowing that you can reach out and create your own support team is really important.”

What Walker appreciates about Jessica’s role as a caretaker is intangible. He credits her for making the home a happier place where the focus isn’t his disease.

“It’s not a home of desperation or despair. It’s really a place where we call can grow and feel good,” he said.