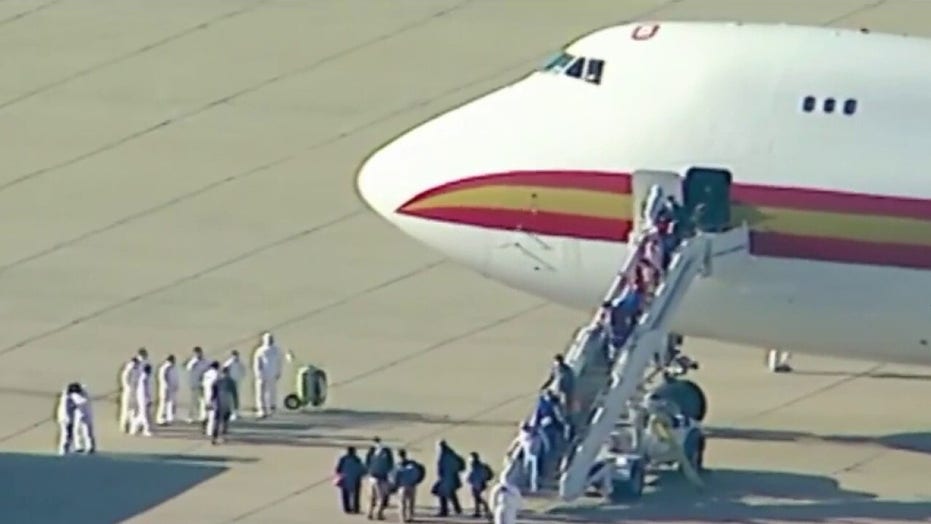 The State Department evacuates more than 800 people from the epicenter of the outbreak in China, with flights arriving at the Marine Corps Air Station Mirimar in California; Fox News correspondent Jonathan Serrie reports.

China increased its death toll from the coronavirus Friday to 722, while new cases jumped to 34,546, according to reports.

Chinese officials are still trying to stem the flow of infections in the mainland as the virus continues to spread globally. The country's ruling Communist Party is also dealing with public anger over the death of a doctor who was detained and threatened by authorities for spreading early warnings of the illness in December.

Dr. Li Wenliang, 34, an ophthalmologist, contracted the virus while treating patients at a hospital in Wuhan, the epicenter of the outbreak that has since been sealed off,

Authorities said they will “fully investigate relevant issues raised by the public" in response to his death.

China has also sealed off Wuhan, as well as 17 other cities in an effort to prevent infections. Other countries are also taking extra measures.

Cruise passengers in Japan are being quarantined amid reports of 61 cases. Japanese officials also turned another ship away, the Holland America’s Westerdam. Japanese Prime Minister Shinzo Abe said he suspected some passengers on the vessel had been infected.

In a phone with President Trump, Chinese President Xi Jinping urged the U.S. to  “respond reasonably” to the outbreak. He echoed concerns from Chinese officials that some countries are overreacting to the outbreak by placing restrictions on Chinese travelers. 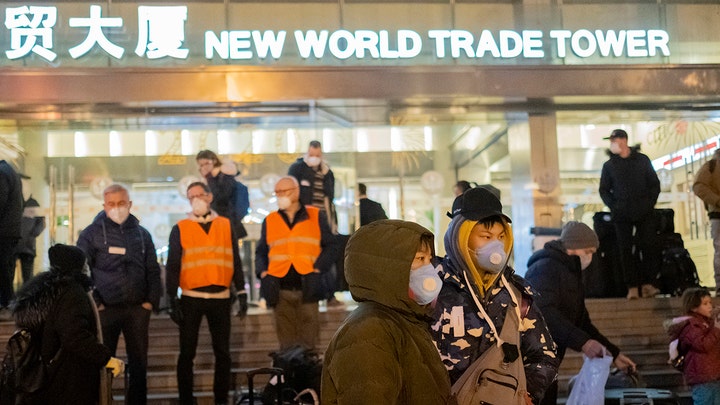 As of Friday, 72 countries have implemented travel restrictions, according to the World Health Organization.

All but two deaths from the coronavirus have occurred in mainland China. The others were in Hong Kong and the Philippines. China’s National Health Commission said about 4,800 of those being treated, or nearly 17 percent, are in serious condition. 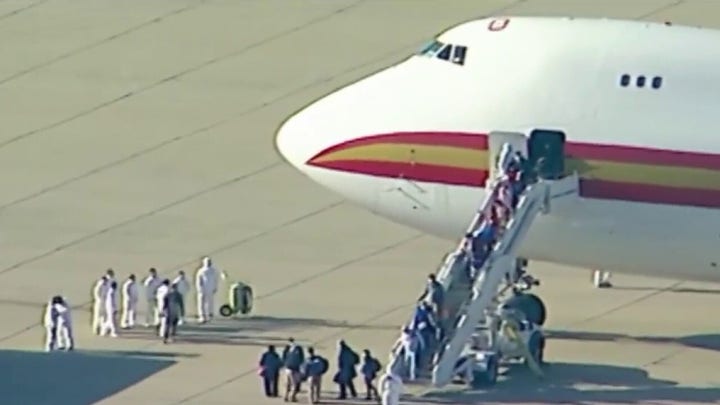 American officials said Friday it was prepared to spend up to $100 million to assist China and other nations fight the outbreak. The offer remains on the table, said Health and Human Services Secretary Alex Azar.

More than 800 Americans were evacuated from Wuhan this week. All evacuees will spend 14 days under quarantine on military bases before being released.