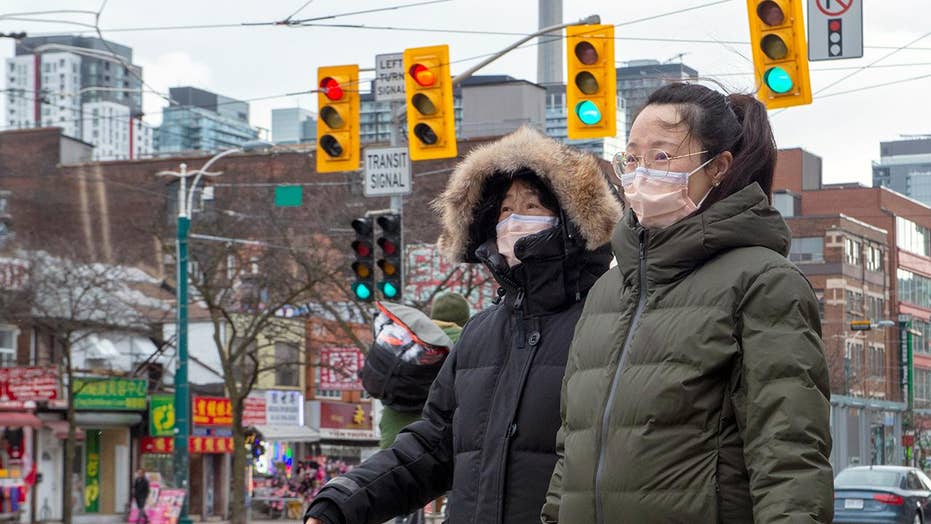 Fox News medical correspondent Dr. Marc Siegel discusses the differences between the flu epidemic and the spread of coronavirus.

At least four American evacuees from China who arrived Wednesday at Marine Corps Air Station Miramar in San Diego were hospitalized after showing signs of coronavirus, the pneumonia-like illness that began in the Chinese city of Wuhan and has since sickened more than 28,000 worldwide.

Of the 167 evacuees who arrived at the military base, three adults and one child were taken to local hospitals with a fever or a cough, according to a Centers for Disease Control and Prevention (CDC) media advisory. Two of the patients were taken to UC San Diego Health hospital (UCSD) while one adult and the child were transported to Rady Children’s Hospital.

Dr. Francesca Torriani, medical director of infection prevention and clinical epidemiology at UCSD, told the San Diego Tribune the patients would be isolated in a “negative pressure” room that prevents the inside air from escaping. Anyone who enters the room will wear protective gear such as gloves, face masks or goggles and N95 respirators. She said protocol was similar to caring for a patient with the flu. Officials at Rady Children’s Hospital are taking similar measures, according to the news outlet.

Two planes chartered by the State Department arrived in the U.S. on Wednesday at Travis Air Force Base in Solano County, Calif., with one later traveling on to Miramar Marine Corps Air Station in San Diego. An estimated 350 Americans were on the two flights. All passengers are subject to a 14-day quarantine; they remain in temporary housing units where they will be monitored by medical teams with the CDC for possible symptoms of the coronavirus.

All evacuees were screened in Wuhan for symptoms of the virus -- which have been reported to include fever, shortness of breath and cough -- before departing for the U.S.