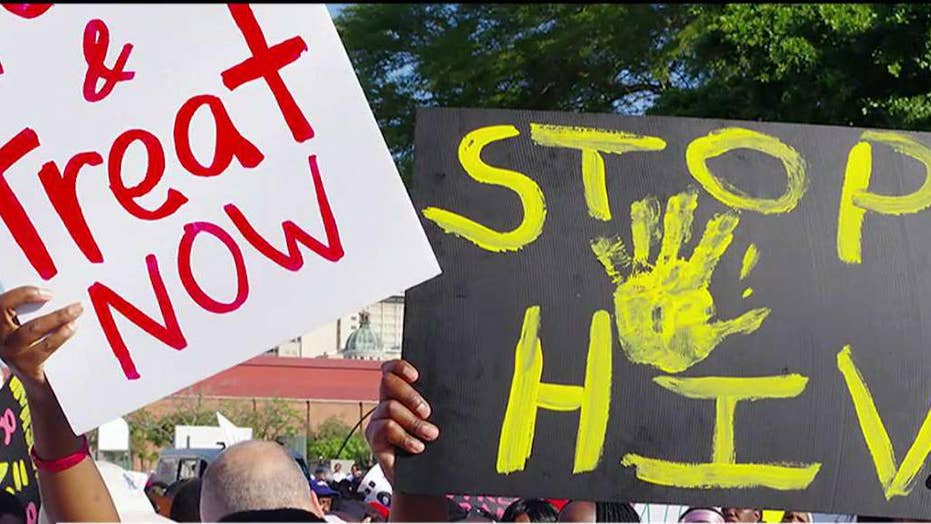 What ever happened to the AIDS epidemic?

1.1 million people in the U.S. are living with HIV; Mike Emanuel reports.

Drug use may be behind a small cluster of recent HIV diagnoses in North Seattle, prompting health officials to warn about the potential for a large outbreak.

The eight new infections, all diagnosed since February, involve individuals described to be heterosexuals, drug users and recently homeless, The Seattle Times reported.

Officials told the news outlet the recent diagnoses are particularly concerning because they involves homeless individuals, who may not have access to health care.

More than 70 million people have been infected with the HIV virus and about 35 million have died since the beginning of the epidemic. About 461 cases have been diagnosed statewide in Washington since 2012, with King County already reporting 19 cases since January.

Dr. Jeff Duchin, a health officer for Pubic Health – Seattle & King County, said the rise in methamphetamine use among opioid users has helped contribute to the spike in cases involving heterosexuals and others not typically considered high-risk.

“This is unusual because previously HIV infection among heterosexual injection drug users or persons who inject drugs and don’t have another risk factor has been uncommon in King County,” he told Q13Fox.

“If HIV begins to spread in a new population of persons who inject drugs who don’t have other risk factors for HIV – there can be a large outbreak, potentially. There is a large number of susceptible people who are practicing risky behaviors that can promote the spread of HIV. Up until now, HIV had not really been circulating in that community which has been very fortunate for them and us.”

The eight cases in North Seattle were discovered through a statewide monitoring program that requires providers to notify officials when a patient is diagnosed with HIV, and at least half of the individuals are receiving treatment.

“I would see this cluster as being the canary in the coal mine but not cause for panic,” Dr. Peter Shalit, a primary care physician, told The Seattle Times. “It just sort of reminds us that the epidemic is not over and it’s going to pop up in places that we’re not paying attention to with our prevention efforts.”

Public Health said it is increasing outreach and testing programs in response to the spike while continuing to track down a potential source of transmission.

“It’s really good that the health department is jumping on this,” Shalit told The Seattle Times.

There is no vaccine to prevent HIV/AIDS, but there are treatments to help manage the disease. On Thursday, the Food and Drug Administration approved two Merck oral HIV drugs, two months ahead of schedule. The drugs are approved to treat adults with the most common strain of the virus and target patients who have received no prior antiretroviral treatment.