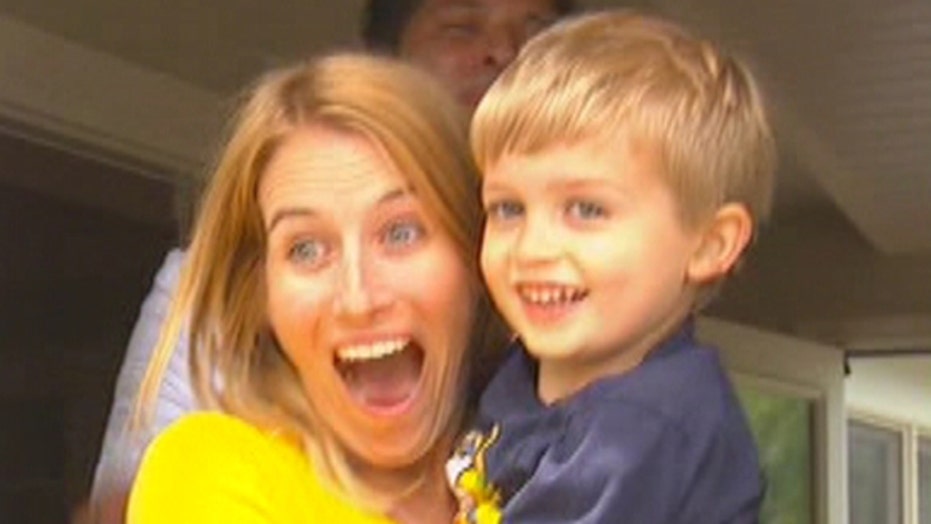 Chad Carr, the Michigan boy whose illness drew prayers from across the globe, died Monday, exactly 15 months after doctors diagnosed him with an aggressive, inoperable brain tumor.

“Chad gained his angel wings,” his mother, Tammi Carr, wrote on Facebook shortly after her son passed away. “He left the earth peacefully and is now running and jumping in heaven. It is well with his soul.”

Chad, the grandson of former University of Michigan football head coach Lloyd Carr, underwent a series of grueling treatments for diffuse intrinsic pontine glioma (DIPG), a type of glial tumor found at the base of the brain. DIPG tumors lie in an area of the brainstem that controls several vital functions like breathing, blood pressure and heart rate, according to Boston Children’s Hospital.

DIPG is notorious for being difficult to treat. Research suggests surgery and chemotherapy have proven ineffective, and the effects of radiation are temporary at best.

Chad, who was 5 when he died, outlived the typical DIPG patient’s typical life expectancy, which is nine to 12 months.

When Chad was initially diagnosed with DIPG, Tammi turned to social media to ask for prayers.

“There’s got to be a reason that this is happening,” she previously told FoxNews.com of her son’s illness.  “I know that God listens. I want an army to pray for my little guy. I don’t want anyone to stop praying for him. We have fantastic doctors, and some kids have survived. It’s still not promising, but with prayer, we can get that miracle.”

In light of Chad’s diagnosis, Tammi went on to create The Chad Tough Foundation, a nonprofit that aims to raise research funds for DIPG and help scientists identify a cure.

Ohio State University and Michigan State, longtime rivals of the University of Michigan, at one point put their competitiveness aside, donning decals reading “ChadToughFDN” on their helmets to support the boy’s foundation.

"We've known that we wanted to do something to create good out of this horrible situation, and we want Chad to be a part of creating the cure for DIPG down the road,” Tammi told FoxNews.com. “The funding for pediatric brain tumors is pathetic, honestly, and we have to be a part of making that change."

After Chad didn’t respond to treatment, his family decided to put him in hospice earlier this month. He celebrated an early Christmas with his parents and two brothers before he died.

One thing is certain Chad was tough, and will continue to be an inspiration in death as he was in life.