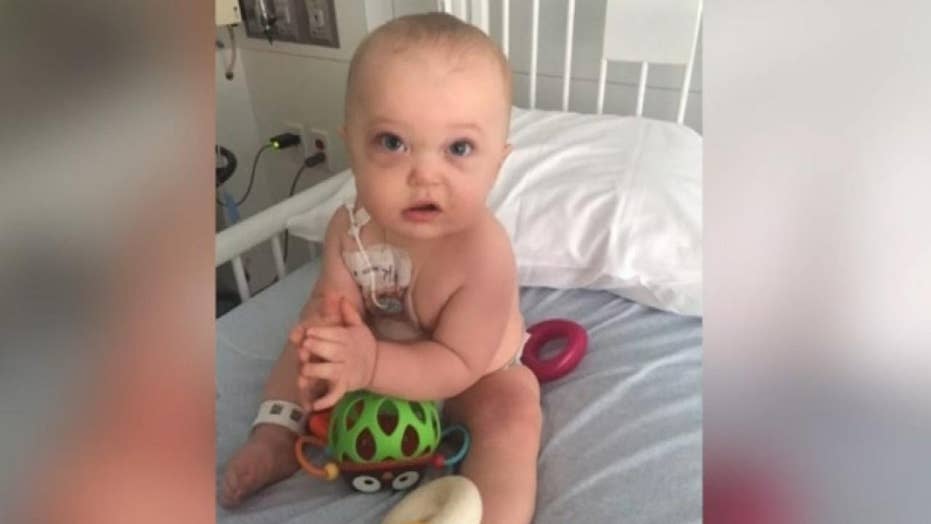 A young boy in Ohio defied the odds to overcome an extremely rare and aggressive cancer.

When Hawken Hunt became “violently ill” in August 2016, doctors at the time reportedly told his parents, Shannon and Bob Hunt, that their son had a flu-like virus, Fox 8 reported. But Shannon wasn’t convinced, telling the news station that “mother’s intuition” convinced her that her young son was suffering from something far more serious.

Eventually, following “multiple” blood tests and trips to the emergency room, the couple decided to take Hawken to the Cleveland Clinic, where he was diagnosed with Burkitt leukemia. The rare blood cancer, according to the family’s non-profit foundation that aims to raise money for pediatric cancer research and help other families whose children are battling cancer, accounts for only “1 to 2 percent of all cases of leukemia.”

Hawken was 7-months-old when he was diagnosed with the extremely rare illness.

The young boy underwent an aggressive treatment plan including six rounds of chemotherapy, eight platelet transfusions, four bone marrow extractions, 13 blood transfusions and 14 lumbar punctures — a procedure that uses a needle to take fluid from the spine — to match the aggressiveness of the cancer, his family explained on their website.

Rabi Hanna, the chairman of Pediatric Hematology-Oncology and Bone Marrow Transplant at the Cleveland Clinic who treated Hawken, acknowledged the treatment plan was complicated.

CHICAGO MIDWAY AIRPORT TRAVELERS MAY HAVE BEEN EXPOSED TO MEASLES, HEALTH OFFICIALS WARN

Five months later, Hawken went into remission. He is now a “normal” toddler, though does suffer from a compromised immune system, according to the news station.

During the child’s battle, however, the family said the boy taught them “daily life lessons” that included perseverance, perspective and purpose.

“The things I used to get worked up about are so meaningless,” Shannon told Fox 8. “And I think we can all be a little more patient, a little bit more caring [because] we’re all coming with something."