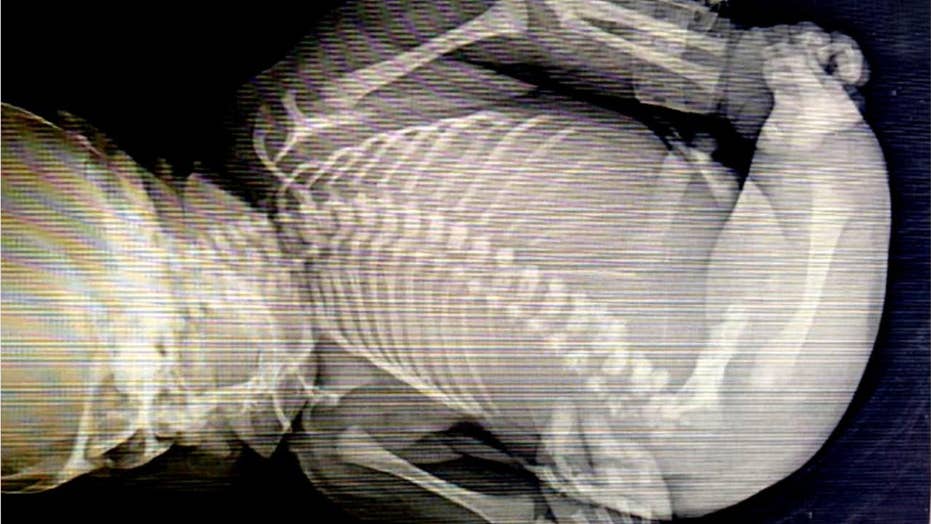 A baby born with

The parents of a baby who died minutes after being born with a rare condition, in which the legs are either partially or completely fused together, have donated their child's body to research.

The baby, who reportedly could not be assigned a gender due to the condition, was diagnosed with sirenomelia, also referred to as "mermaid syndrome."

Born on Monday at a hospital in India, the baby died just 15 minutes after birth due to breathing issues, SWNS reported. The parents, who were not identified, reportedly knew that their child would have congenital issues, but did not know about sirenomelia.

MOM GETS BIRTHMARK PAINTED ON FACE TO MATCH YOUNG SON

"While performing the delivery, we thought that a head or feet would come out," Dr. Sanjay Bansode, head of gynecology at Ramanand Teerth Rural Medical College, told SWNS. "But, to our surprise, the baby was born with mermaid syndrome."

Bansode said only 300 cases of the syndrome have ever been documented.

The exact cause of sirenomelia is unknown, according to the National Organization of Rare Diseases (NORD). It is often fatal during the newborn period and is associated with severe life-threatening complications.

"Babies with mermaid syndrome do not live more than 24 or 48 hours," Bansode said. "We are in the process of preserving the infant's body. The baby's parents have donated the body for research purpose for medical students."