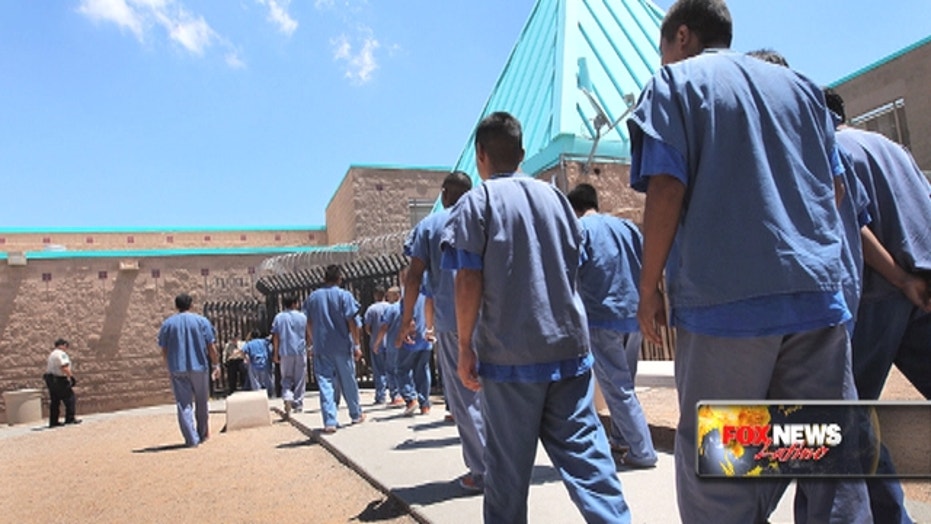 A federal immigration center in central Arizona has been hit with an outbreak of measles, with 11 cases being confirmed and linked to one inmate.

A federal immigration center in central Arizona has been hit with an outbreak of measles, with 11 cases being confirmed and linked to one inmate.

Seven of those infected are inmates at the Eloy Detention Center, and four are workers at the facility, Pinal County Health Services spokesman Joe Pyritz said. The privately-run facility has stopped accepting new detainees or releasing those currently held there.

State and county health officials said they're working to stop new transmissions by isolating patients, vaccinating people detained in the privately-run facility and trying to identify people who were at locations the four infected workers visited.

The outbreak began when an infected inmate was brought to the facility and spread the disease to a worker, who had been vaccinated but caught the disease anyway. Health officials put out the first warning of the initial two cases last Thursday.

Health officials have identified 14 locations in Pinal and Maricopa counties where the infected workers may have exposed other people, including stores, restaurants and a tribal casino.

The Arizona Department of Health Services is working with county officials to try to identify people exposed outside the facility. They're also urging people who may have visited any of the identified locations to come forward and be alert to measles symptoms, which include fever, red, watery eyes, cough and runny nose and is followed by a rash that is red, raised, and blotchy. The rash begins on the face at the hairline and moves down the body and may last five to six days.

"People who have a rash and fever must call their health care provider or emergency department before going to let them know they may have measles," Dr. Cara Christ, director of the state health department, said in a statement. "It is vital to help stop the further spread of the disease."

Measles is a highly contagious, vaccine-preventable viral illness and symptoms can appear up to 21 days after exposure.

Vaccination prevents about 95 percent of cases, Pyritz said, and the low numbers currently seen in a facility that can house more than 1,500 detainees shows that it is effective. The first worker who was sickened was vaccinated, Pyritz said.

"There are a lot of people who have been exposed, and then we've had a few breakdowns" in immunity, Pyritz said. "Not many, but a few."

A woman in Washington state died from measles last spring in the first measles death in the U.S. since 2003. The Washington state outbreak followed an outbreak of measles at Disneyland in California late in 2014, which sparked an intense debate across the nation about mandating vaccinations for schoolchildren, which some parents oppose. That outbreak eventually sickened more than 140 people across the country and in Mexico and Canada. No deaths resulted from that outbreak.