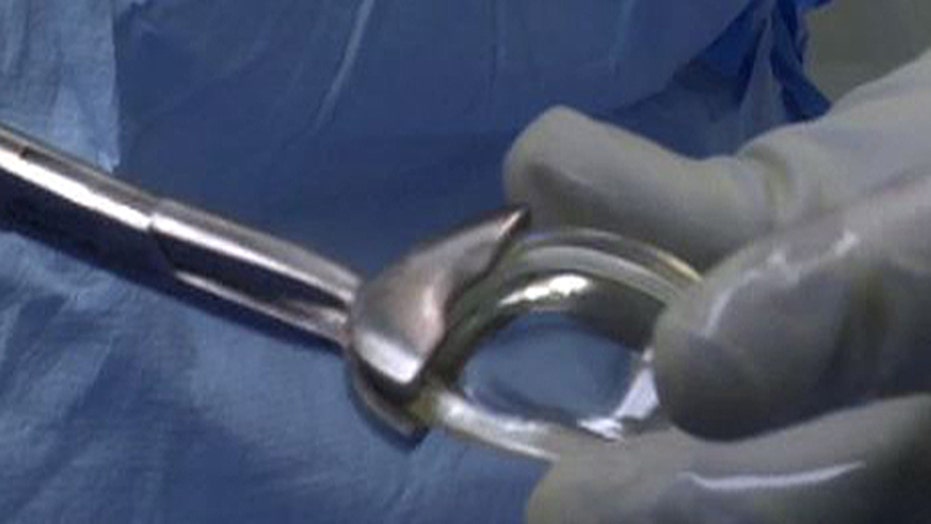 Every 45 seconds another patient undergoes knee replacement surgery in the United States. By 2030 that number is expected to jump to three and a half million surgeries a year. Doctors at The Ohio State University Wexner Medical Center are participating in an FDA trial to see if artificial cartilage implants can protect against arthritis and potential knee replacements

Every 45 seconds, a patient in the U.S. undergoes knee replacement surgery— and it’s only getting worse. By 2030, that number is expected to jump nearly 400 percent to 3.5 million surgeries a year. But soon, there may be another option.

For the first time in the U.S., doctors have implanted plastic cartilage into a patient in hopes of avoiding, or at least delaying, knee replacement.

Drake Ross had the procedure done at the Ohio State University Wexner Medical Center after his active lifestyle took a serious toll on his knees. Ross had been a martial arts student and avid runner for several years— activities that caused the cartilage between his thigh and shin bones, an area called the meniscus, to begin to tear.

“I kind of likened it to a hangnail,” Ross said. “You know, you’ve got this piece hanging there, and if it gets caught in the knee joint, it’s going to hurt real bad. It could lock up or it could pull away at the good tissue.”

Ross underwent three procedures to shave off the damaged part of his meniscus— which doesn’t repair itself— and found out this kind of injury only gets worse over time.

"The concern for most orthopedic surgeons is that knee is starting to get arthritis and the arthritis will progress over time,” said Dr. Christopher Kaeding, a professor of orthopedics and executive director of OSU Sports Medicine.

Kaeding is part of the team testing a new approach under a Food and Drug Administration (FDA) trial at the medical center, where he became the first surgeon in the U.S. to perform the implant surgery. The implant is a type of plastic cartilage that not only replaces most of the damaged meniscus but may also conform to patients’ bodies, European studies suggest.

“If this implant turns out to work as well as we think it will, it fills a gap in our treatment spectrum for patients who have injuries to their knee,” Kaeding said.

Ross is one of millions of Americans  who are caught between having knee pain and the prospect of having it replaced.

"My hope is that once the implant is done … that’s it, I mean, I'm good and there's never another issue,” he said.

Seven sites around the country are participating in the trial, and doctors will follow those patients for several months to track their mobility and pain level with the implant.