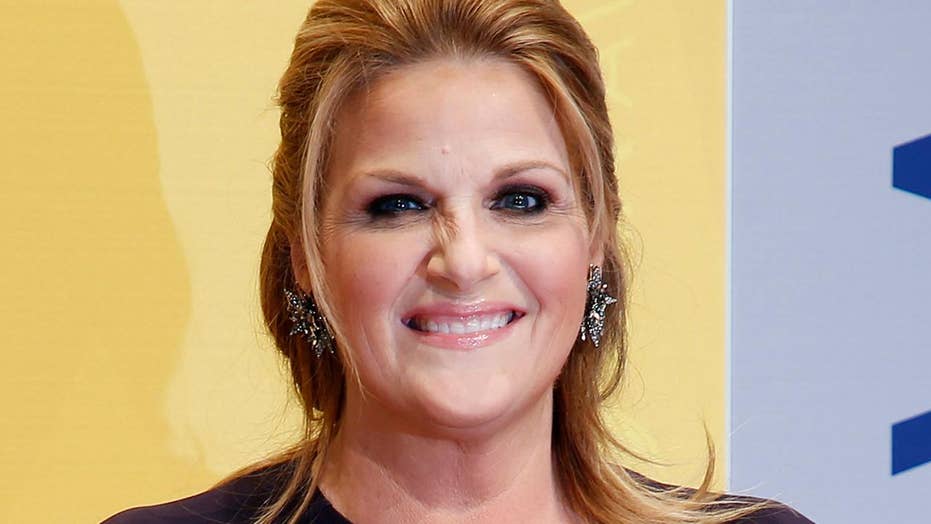 Country superstar Trisha Yearwood is cooking up a variety of projects.

She’s well-known for her food and lifestyle expertise, and she just launched a new food line with Williams Sonoma. Season 10 of her Food Network series "Trisha's Southern Kitchen" airs later this summer, plus she’s still on touring with hubby Garth Brooks, and looking ahead to new music.

Fox News caught up with Yearwood at the launch of her new food line to learn how she handles such a hectic schedule. And surprisingly, Yearwood revealed that she got into the food realm by accident, shortly after she was approached to write a memoir.

Yearwood claimed she wasn't yet ready to write a book, but she was ready for a change of pace.

That's not to say Yearwood is taking her domestic duties lightly. From food to furniture — if her name is on something, there are certain standards she expects from those products.

“I expect it to be quality, whatever it is. We have a furniture line and it's like, I want you to use that furniture and I don't want it to fall apart on you," says Yearwood. "I want you to get it and go, 'Oh my gosh, I can't believe how incredible this is for what I paid for it.' I want it to be a value."

"With the food, I want you to make these biscuits and I want them to taste like they would if I made them from scratch, because I don't want it to be a misrepresentation of what I actually do,” adds Yearwood.

Yearwood claims that her new hobbies are theraputic, too. “A lot of people get stressed out when they're making a meal for people; I'm usually really relaxed. I mean, I guess because my mom taught me [that] if things go horribly wrong, you can order pizza," she jokes.

"You're gonna have to make some mistakes, and [mom's] philosophy was always … to keep it simple," she says.

As for whether the Grammy-winner is expected to be cook on tour, Yearwood says she reserves her talents for special occasions.

“On the first day of a run, usually I’ll bring something, [or if] it's somebody's birthday, there will be cookies or a cake. I can't really cook on the road, I thought I might be able to when it first started. But we do have caterers who cook out of the books at my husband's request, and so they get pretty close," explains Yearwood." It's kinda nice you get to go in and you eat your own food and you didn't have to cook it. You don't have to clean up the dishes, so it's kind of the best of everything."

Yearwood won’t be on the road for the Fourth of July, but if she's entertaining, guests always know what to expect.

“Well if I'm cooking, then I'm going to do ribs," says Yearwood. "If I'm going to somebody's house, I'm going to take a side like coleslaw or potato salad. Those are just the classic Southern things that you take.

"This year we're actually going to be home for the Fourth of July so I'll be cooking, but I'm definitely doing the rub and I’m doing the sauce. It's like I've got this built-in menu now that I didn't even have to think about, so that will be a first for me. It's going to be pretty cool.”