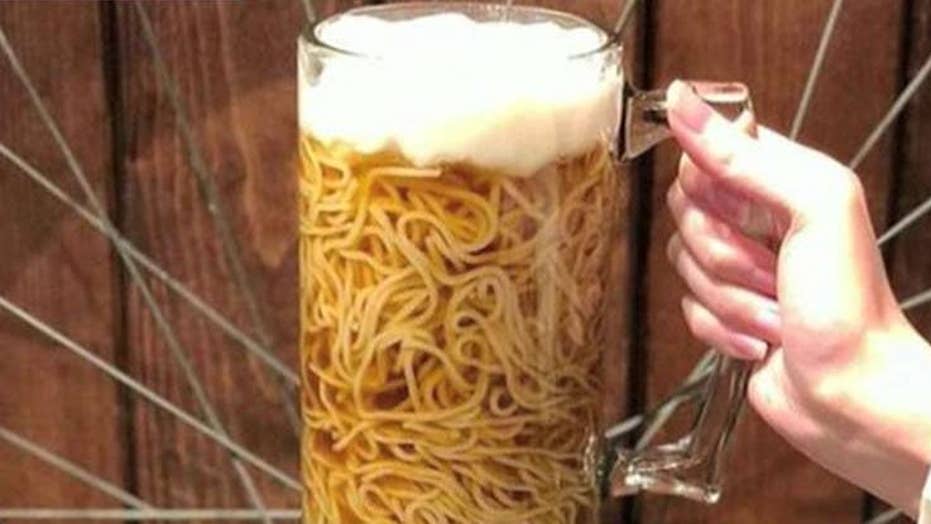 Love ramen, but hate how it’s always served up in a practical, functional bowl?

Let’s just pretend you answered “yes” for the sake of fun, because a restaurant in Canada is doing just that, for some reason.

The idea came to Yuu owner Julia Kubotani earlier this summer on an especially hot afternoon, she told Insider.

“Thankfully we had a very hot summer this year in Vancouver and one day I was just sitting on the couch and it was so hot and I thought about icy cold beer. And the next thing I thought, ‘Why not beer ramen?’” said Kubotani.

The dish contains no actual beer, but is instead made using chilled ramen broth, chilled ramen noodles, and a head of “foam” fashioned from egg whites and gelatin.

It’s also already a hit with the Instagram crowd.

Yuu’s Beer Ramen is also not to be confused with the Cup O’ Beer — an actual beer brewed with ramen noodles and released by the Texas-based Collective Brewing Project in 2017, Food & Wine reported —although they share a similar idea on paper.