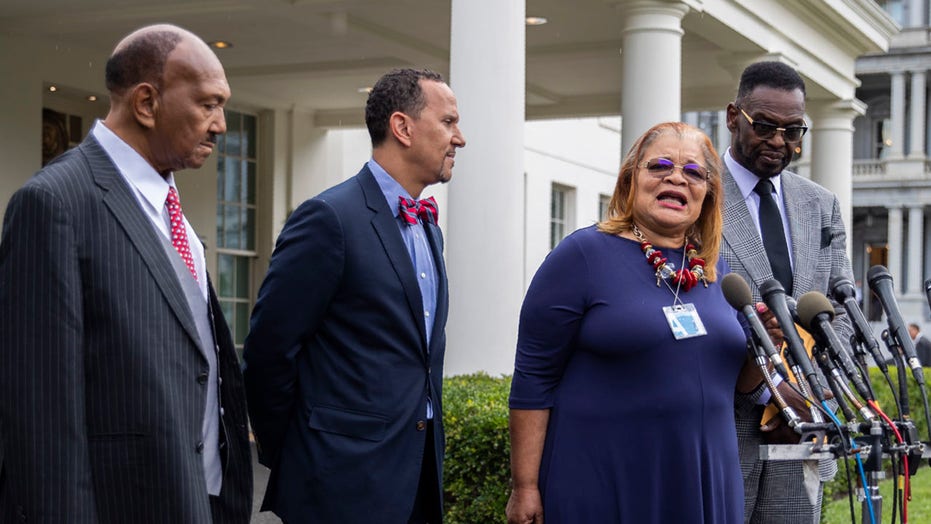 Dr. Alveda King: President Trump is not a racist and cares about all Americans

Dr. Alveda King, who attended a White House meeting with President Trump and inner city pastors, weighs in on the Baltimore rift.

President Trump met with 20 African American faith leaders on Monday as he was coming under fire for his criticism of Rep. Elijah Cummings, D-Md., Baltimore and Al Sharpton.

Dr. Alveda King, the niece of Martin Luther King, Jr., who was among the faith leaders from the African American community that met with the president at the White House, called the meeting sincere and productive.

A feud between Trump and Cummings has sparked accusations of "racism" on both sides.

Trump responded to Cummings' criticism of condition at migrant detention facilities at the U.S.-Mexico border by calling the congressman's Baltimore district "a disgusting, rat and rodent-infested mess." Baltimore is "FAR WORSE and more dangerous."

Then Trump traded barbs with Sharpton, a Baptist minister and founder of the civil rights group National Action Network, in a Twitter war.

King told Trump she had photos of him with Sharpton and Rev. Jesse Jackson, the civil rights leader whose nonprofit Rainbow PUSH Coalition is based in Chicago, when they gave him awards.

"They began to hurl insults at the president. Nobody wants to understand that," King said. "What the president's simply saying is your communities need to be fixed and he said to Representative Cummings, Elijah Cummings, who actually said either abort the babies now or you'll kill them later. He says things like that and then you look at his community and you see individuals suffering, communities suffering, and families suffering."