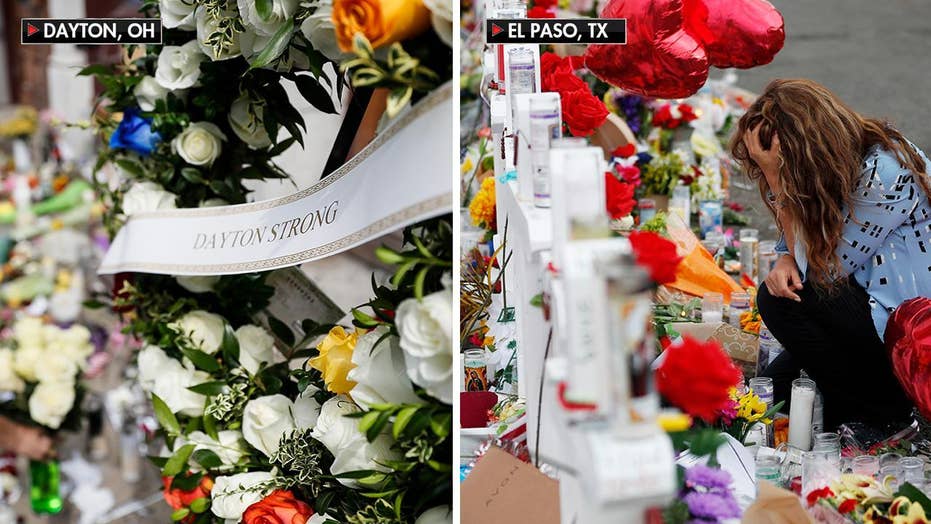 Is an offer of 'thoughts and prayers' enough in response to mass shootings?

Dr. Frank Turek and Michael Wear discuss the merits of offering 'thoughts and prayers' in the wake of a mass shooting. Is it enough to use a faith based response, or should the response be more of a political solution along the lines of better gun control?

Two mass shootings within days of each other — in El Paso, Texas, and Dayton, Ohio. They join a tragic list of similar violence occurring with disturbing regularity. And each time, we hear people offering their "thoughts and prayers."

But is it enough? Or is it even a “cruel joke” to say it, as an op-ed in The Washington Post claimed? Following the latest mass shooting, the op-ed said Republicans’ "reflexive response to endless massacres has become a cruel joke, as effective as a Hallmark sympathy card."

So is talking gun control a more apt response?

Author and former Obama faith advisor Michael Wear said, "The problem isn't that Republicans are issuing their thoughts and prayers," it's "that they're voting against gun control, so why don't we talk about that rather than the sort of culture war message about thoughts and prayers?"

But Frank Turek of CrossExamined.org said the problem goes much deeper than guns.

"In our country, we've always had guns.  But in recent years, in recent decades we've had a lot more of these shootings it seems,” he said. “So, what's changed?"

Turek said two things have dramatically changed in the United States, the rise in fatherlessness and the waning of faith.

"The problem,” he said, “is in our school system today we teach people that there is no God, essentially we're the product of a random process, and so there really is no meaning to life, there is no true identity, no worth. No wonder we have this nihilistic culture where people decide they're going to go about and shoot people down."

While not having a father close by growing up is true of the El Paso, Texas, shooter, it’s not the case with the shooter in Dayton, Ohio.

“Yeah, fatherlessness is an issue,” Wear said. “And yes, the spiritual health of our nation is an issue.”

But, he said what would help is if a shooter didn’t have the ability to rattle off 50 shots in a matter of seconds “because the clip size is allowed to be distributed so widely in our nation.”

Turek and Wear are closer to agreeing than most conservatives and liberals.

“I'm all for some sort of gun policy that makes sense,” Turek said. “But that's not a Band-Aid that's going to solve all these problems – a deeper spiritual problem.”

For that, they both say prayer is needed to bring us closer together, and closer to the Creator.