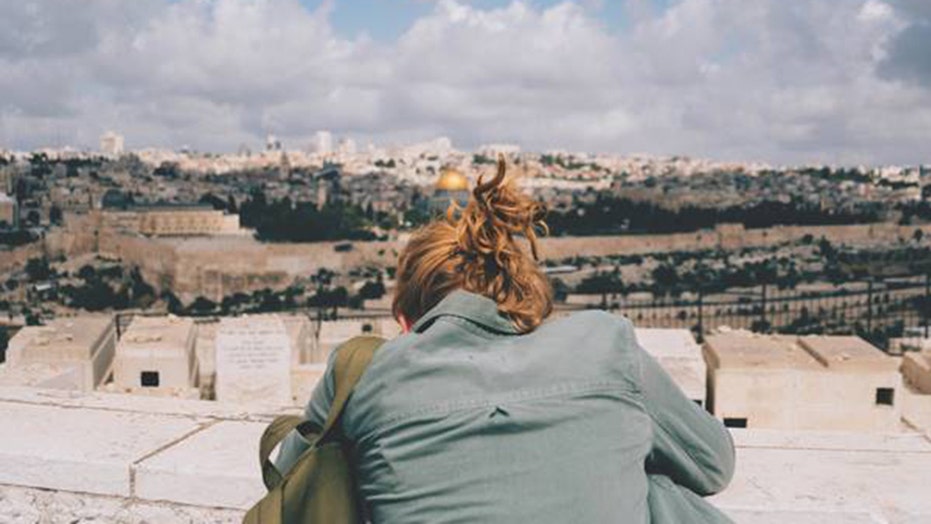 Passages Israel has been called the "Christian Birthright" trip to Israel for the way it solidifies faith for college students and helps the "Bible come to life."

Since 2016, the organization - a collaboration between the Museum of the Bible and the Philos Project - has taken more than 7,000 students to Israel, with 95 percent of students saying their connection to their Christian faith and understanding of the Bible increased.

SUNSET WORSHIP AT LIBERTY UNIVERSITY ATTRACTS MORE THAN 4,000 STUDENTS: ‘WHAT A BEAUTIFUL THING’

"Passages is a leadership development program aimed at strengthening Christian faith and identity, also engaging with modern Israel, and preparing the next generation of Christian leaders to fulfill their callings," Scott Phillips, executive director of Passages, told Fox News.

Passages Israel has been called the "Christian Birthright" for strengthening college students' connection to the Holy Land and their Christian faith. (Passages Israel)

The nine-day trip to the Holy Land is just one part of the four-phase program, that, unlike Jewish Birthright trips, costs $800, of which $200 is refundable upon completion.

One of the students who went on the trip and then interned this summer as a worship leader was Scott Apple, 22, who just graduated from a Southern Baptist school. He called it "transformative" and "mind-blowing" for him.

"During the days we were seeing these ancient biblical sites and modern sites all at the same time and at night we were hearing from these panels from experts," Apple told Fox News.

Each group goes through an intensive introduction course before the trip. During the trip, students visit Holy sites like the Old City of Jerusalem, Sea of Galilee, Nazareth, and Bethlehem, as well as modern sites of interest, like what is happening on borders at Syria, Gaza Strip, and they hear from local speakers about the situation in Israel. Each trip has a Shabbat dinner on Friday night with a Jewish family.

WORSHIP LEADER RUNS FOR CONGRESS IN CALIFORNIA: 'MORALS ARE LOW, TAXES ARE HIGH'

For many students, it changes the way they read the Bible. Apple said, "I think, 'Jesus was here. I was there,' and that's really cool. I felt the presence of the Lord there the entire time, pretty much."

Many students who go on the Passages Israel trip say the Bible comes to life after seeing ancient biblical sites. (Passages Israel)

Passages does not take a stance on the Israeli-Palestinian conflict, presenting students with diverse perspectives, but when it comes to the Boycott, Divestment, and Sanctions movement, Phillips said they believe "Israel is a good place."

"Our spiritual heritage as Christians has its foundation in Israel, it's where our faith was born...we've seen thousands of students transformed," Phillips said.

Following the trip, students complete a capstone project called Passages NOW, and then they join the Passages Leader's Network, an alumni group for them to stay connected and continue growing as leaders.

"I didn’t visit Israel. I was living in Israel," Apple said of his experience. "They literally immerse you in the culture as much as they can. That was really cool and that really helped widen my worldview."