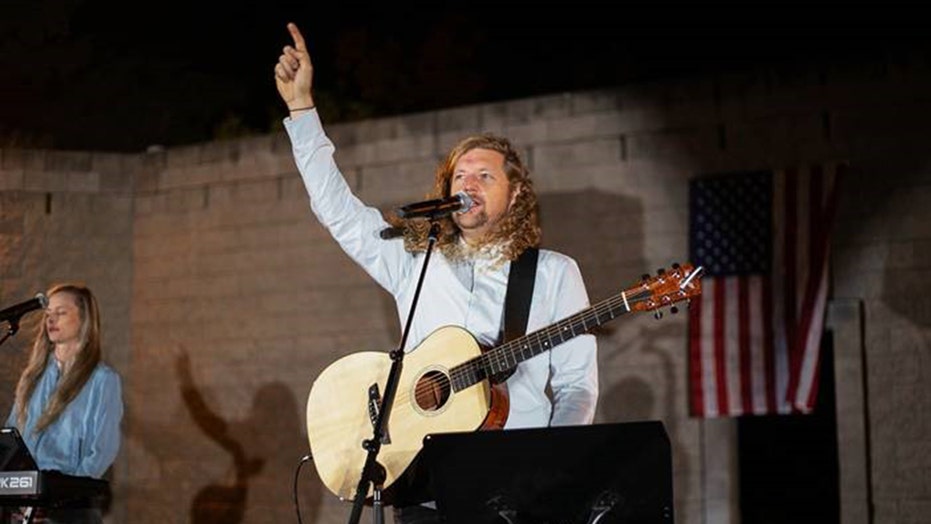 Sean Feucht doesn't look like your average politician, because he is not one. The millennial gospel singer and worship leader is running for the third congressional district in the United States House of Representatives to fight for faith and family.

Feucht, who has done mission work in more than 50 nations, including war-torn regions and places where Christianity is under heavy persecution, announced his run over the weekend with a "Rally for America." He is up against John Garamendi, D-Calif.

"I am running because it's time for average Americans who have no desire to be politicians to stand up and change our country’s path before it’s too late," Feucht, pronounced "FOYT," told Fox News.

"I am running for the unborn, the unheard, the forgotten and millions of unengaged hardworking Americans who have lost hope in politics."

He added: "I'm running to restore common sense to government. All Americans deserve a government that empowers the individual and restores decision-making to the states and local communities, where people are best equipped to fix the nation's problems."

The 36-year-old Bethel Music artist sings, "We won't stop singing until the whole world looks like heaven" in the background of his first campaign video, which he shared on social media.

People worship during the "Rally for America" at Andrews Park in Vacaville, Calif. (Courtesy of Sean Feucht)

"Sean doesn't look like the average politician because he's not," Kate, Feucht's wife, said in the campaign clip. "A man of faith, a man of mission, a man of character and integrity, not driven by ego but purpose. A man that knows what feeding the hungry, protecting the vulnerable, fighting for one's beliefs is all about..."

Sean Feucht leads worship at the "Rally for America," where he announced his run for U.S. Congress. (Courtesy of Sean Feucht)

"it's time we stopped complaining and fight back," Feucht Friday night during a rally in Vacaville, in the southern portion of the Northern California district. The father of four said the "government is morally and economically bankrupt" and lambasted "leaders who feverishly promote the slaughter of the unborn and the newborn."

Feucht is the author of five books, including "Integrity: Character of the Kingdom," has participated in at least 20 albums, and is the founder of two businesses and three non-profits, including Burn 24-7, a grassroots worship, prayer and missions organization.