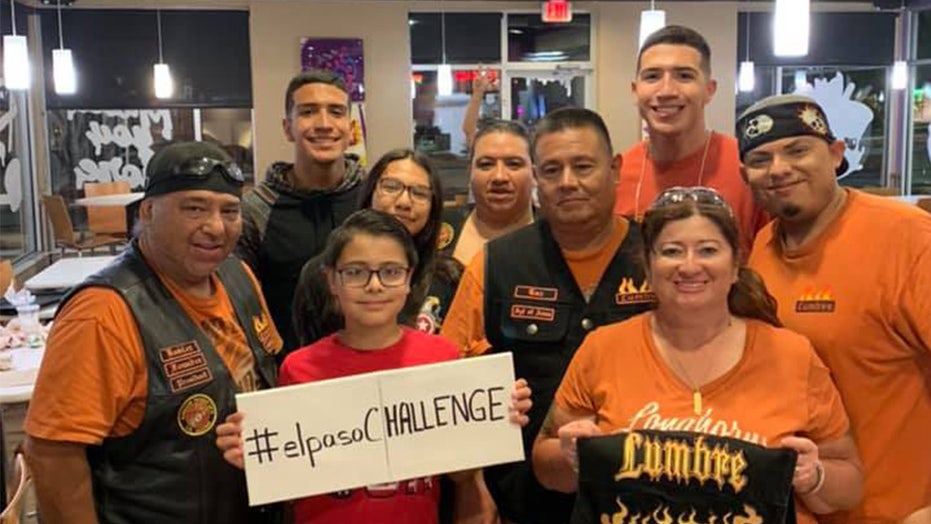 One of the victims was 15-year-old Javier Rodriguez; Jeff Paul reports.

Following the tragic shooting at a Walmart Supercenter in El Paso, Texas, an 11-year-old boy's idea to help heal the community is going viral.

On Sunday, Rose Gandarilla posted a photo of her son, Ruben Martinez, with a note he wrote called the "#elpasoCHALLENGE" on social media. The post quickly went viral.

The sixth-grader from El Paso is encouraging every citizen in the city to do at least 20 good deeds in honor of the lives lost on Saturday and telling people to "be kind to each other all day every day, all night, every night."

Ruben suggested several examples of random acts of kindness: "Mow someone's lawn, visit a nursing home, pay for someone's lunch or dinner, donate to families in need, write someone a letter and tell them how great they are, hold the door for everyone, comfort someone when they are sad or stressed, take flowers to someone in the hospital, leave a dollar on the vending machine for the next person."

But the young boy didn't just write a letter and sit around. He's been busy helping his community heal.

Ruben Martinez, 11, brought roses to the doctors and nurses at University Medical Ceter ER where some of the victims from Saturday's shooting in El Paso, Texas are located. Ruben started the "#elpasoCHALLENGE" encouraging everyone in the city to do at least 20 random acts of kindness. (Courtesy of Rose Gandarilla)

"He is a very caring young man," Gandarilla told Fox News. "He is always asking me to give money to homeless people or to go buy them food. Every since he was little, we always pay for someone's dinner at a restaurant once a month."

PILOT IN TEARS AFTER CHOIR SURPRISES HIM ON HIS RETIREMENT FLIGHT: 'MAY GOD HOLD IN YOU THE PALM OF HIS HAND'

Ruben and his mom went to Walgreens, Carinos, Barnes and Noble, Sprouts and other places in El Paso to personally ask people to join the challenge.

The first night, he took dinner to the first responders. The next day, he passed out candy outside a restaurant and held the door for them. And on Tuesday night, he took roses to the Del Sol Hospital and passed them out to families waiting in the ICU. Then he gave roses to the doctors and nurses at the University Medical Center ER where some of the victims of Saturday's shooting were taken.

CHICK-FIL-A EMPLOYEE PRAYS FOR CUSTOMER AFTER ‘SPIRIT LED HIM’

He even met Sen. Ted Cruz, R-Texas., and shared the challenge, wearing a shirt with the hashtag on it.

Carrying around a poster with "#elpasoCHALLENGE" in bold black letters, Ruben ran into a group at Taco Bell that gladly accepted.

Chris Castaneda, a 20-year-old Marine who was approached by Ruben at Taco Bell, told Fox News he's already done four good deeds and is on his way to doing more.

"I was happy to see that no matter what kind of adversity hits us, as a community we are still strong," Castaneda said. "And with this young man, it shows that all it takes is one person, one step, one question to make a big change."