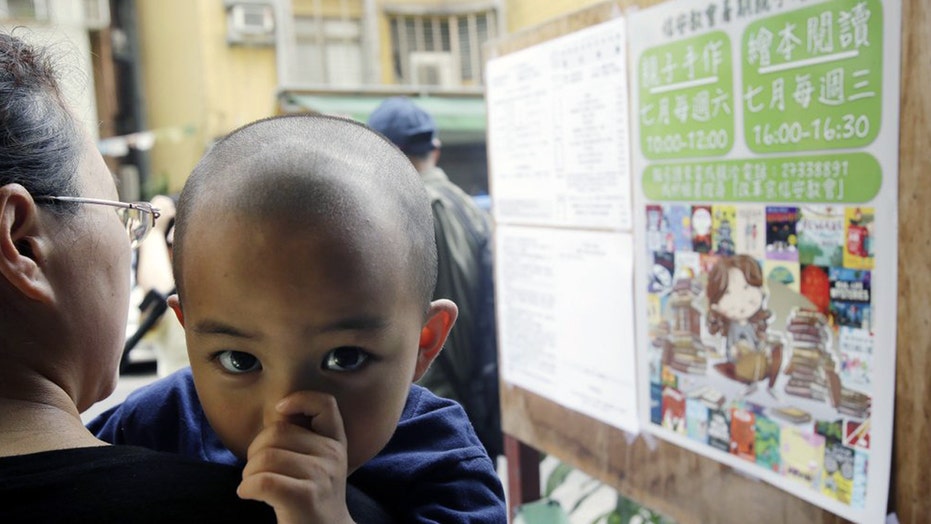 While many Christians have fled China amid the communist country's crackdown on Christianity, others who've stayed say they are feeling the tightening restrictions and increased pressure against the church -- especially for youth.

China's ruling Communist Party, under President Xi Jinping, has ordered that all religions must "Sinicize" to ensure they are loyal to the official atheistic party or face the wrath of the Communist regime. In the most recent enforcement, the government is cracking down on religions teaching youth.

"Anybody can go to church, but the church cannot proselytize anybody under the age of 18," Erik Burklin, president of China Partner, told Fox News. "But practically, I see a lot of young people go to church, even after this law has been enforced. The challenge for the government is how they try to enforce."

Prior to Xi's crackdown, children would attend classes at church similar to Sunday School in the United States, with time for memorizing Bible verses and singing worship songs -- however, that time is now under the watchful eye of the Communist regime.

"Pastors are under pressure. Religious Affairs Bureau are telling them you can't do Sunday School," Burklin, a third-generation missionary, added. "Another had a sign posted saying 'No Sunday School allowed' or 'No children allowed' posted on the doors of the church."

Churches are being raided, pastors detained, schools closed, and children are being asked about their parents' reading habits, ministry partners report.

“The Bible says train up a child in the way they should go and when they are old, they will not depart from it,” Voice of the Martyrs USA Spokesperson Todd Nettleton told the Mission Network News of the law against converting or proselytizing youth. “The Chinese government, the Communist Party leaders, are very aware of that as well and they want to train up a child to be a good Communist."

China Parter, which trains church leaders to conduct youth ministry for teens, decided to halt part of its program until -- or if -- things change. But Burklin said persecuted believers are not concerned because they serve God, not the government, even though they respect the laws.

"God is in control, God loves the Chinese people, and in spite of all this, the church will grow," he said, adding he's encouraged by a Bible verse from the New Testament: Matthew 16:18: "Jesus said, 'I will build my church and the gates of hell will not prevail against it.'"